Landmark moment for firm that was once largest borrower in market 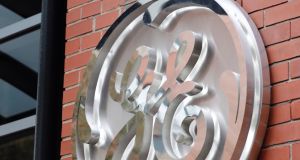 General Electric’s financial services division is giving up on using commercial paper, in a landmark moment for a business that was once the largest borrower in the market.

GE Capital’s move away from commercial paper – debt with a maturity of up to 270 days – could add to its cost of financing, which is also under upward pressure after downgrades in its credit rating.

Before the 2008 crisis, GE Capital boasted about being the largest borrower in global commercial paper markets, using them to support operations that included consumer credit, mortgages and industrial lending. At the end of 2007, it accounted for about 4 per cent of all the commercial paper outstanding in the United States.

Since the crisis, it has been running down its exposure. GE Capital’s commercial paper outstanding was about $106 billion (€92.9 billion) at the end of 2007. By the end of 2015, that was down to $5 billion (€4.3 billion), as the group sold the majority of its financial services assets, and it plans to reduce that to zero by the end of the year.