ESB to replace KPMG as its auditor; ends 90-year relationship

Energy group will open contract to tender in coming months 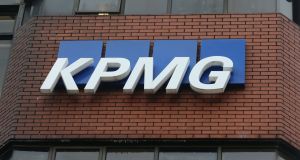 KPMG’s near 90-year relationship with ESB is set to come to an end, after the energy group said on Monday that it will replace the professional services group as its auditor. (Photograph: Niall Carson/PA Wire)

KPMG’s near 90-year relationship with ESB is set to come to an end, after the energy group said on Monday that it will replace the professional services group as its auditor.

KPMG was first appointed auditor to the semi-state group when it was set up back in 1927, and its contract was renewed in 2012 for three years, and was later extended for a further two years. According to ESB’s annual report however, published on Monday, it will appoint a new auditor from 2017 onwards, in order to “comply with regulatory and best practice requirements”.

“Taking account of these developments and market practice in the Republic of Ireland and the United Kingdom, a decision was taken to select a new external auditor in the tender process,” ESB chairwoman Ellvena Graham said.

ESB will commence the tendering process in the first half of this year, with shortlisted firms invited to tender thereafter. The new auditor should be appointed by the end of 2016.