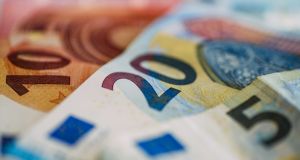 HRE bought Depfa in 2007, but had to be rescued by the German government a year later

Depfa Bank, the Dublin-based lender rescued by German authorities during the financial crisis, swung into a €48 million profit last year as the company made gains from a series of financial transactions aimed at hastening its wind-up.

The group’s assets shrank by 25 per cent last year to €27.6 billion and chief executive Fiona Flannery said in the annual report, published on Thursday, that her focus remains “exclusively” on the execution of our wind-down strategy and reducing the balance sheet “in the most efficient means possible”.

Depfa, a provider of public-sector finance, was bought by Munich-based property lender Hypo Real Estate (HRE) for €5.7 billion in 2007. However, a year later HRE was forced to turn to the German government for help as Depfa was unable to fund itself following the collapse of Lehman Brothers. HRE, which required a €10 billion capital injection from Berlin during the financial crisis, agreed under an EU state-aid restructuring plan to sell Depfa by the end of 2014 or put it into run-down.

While a preferred bidder - joint offer from US investment firm Leucadia National and Massachusetts Mutual Life Insurance - was picked two years ago, the German government aborted the sale in favour of running down the operation itself. Depfa was subsequently transferred to a state bad bank, FMS Wertmanagement (FMS-WM) at the end of 2014, when its assets stood at about €49 billion.

Last year, the group made a €141 million once-off gain following a series of assets and liability management transactions with FMS-WM. Depfa also liquidated a number of subsidiaries last year, with its Tokyo and New York branches closing at the end of December.