Dilosk to refinance €290m of mortgages in bond market 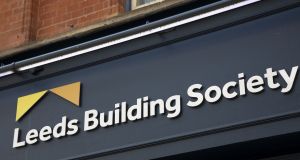 Dilosk, the buy-to-let specialist that bought Bank of Ireland’s ICS Mortgages brand in 2014, said on Monday it plans to refinance €290 million of mortgages in the international bond market.

The so-called residential mortgage-backed securities (RMBS) deal, where bondholders’ coupons will be financed by interest income from the underlying loans, will be backed by mortgages originated by GE Capital and Leeds Building Society.

Dilosk said last Friday that it had agreed to buy the €182 million mortgage book of Leeds Building Society, which announced during the summer that it was exiting the market. Last year, the Dublin-based firm, led by chief executive Fergal McGrath, bought €160 million of former GE Capital Irish home loans.

All told, Dilosk now has a total loan portfolio of €600 million, helped by the company’s entry into fresh buy-to-let mortgage lending early last year under the ICS brand.

The RMBS deal announced on Monday is Dilosk’s second, following on from a €200 million-plus transaction in 2015. The latest one is being managed by NatWest Markets and Barclays Bank.

Pricing of the deal may occur as soon as next week, after Dilosk management finish an investor roadshow in London and other European cities over the coming days.