Barclays to use Dublin to build European private banking business 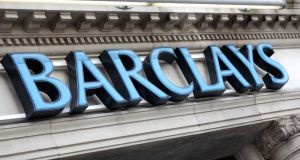 Barclays plans to enter four new European private banking markets in 2021, using its Dublin base to build the business.

Gerald Mathieu, who in September became Barclays’s private banking head for Europe outside Britain, said the British bank was looking to start up the business in France, Italy, Spain and Germany next year.

“These are the countries where we see a lot of opportunities, also because we have a very strong footprint of corporate and investment banking locally,” Mr Mathieu said in an interview.

“The idea is to have a capital-light approach and work in very close collaboration with the investment bank locally, targeting family offices, ultra high net worth individuals, and some quasi-corporate or institutional clients.”

The bank said it was too early to disclose hiring plans.

Barclays, which does not separately report revenues or profits for private banking, maintains hubs for managing wealth in Europe in Monaco, Switzerland, and Ireland.

It will grow activities in new European markets via its European Union-licensed platform in Dublin, Mr Mathieu said, working together with local corporate and investment banking teams.

The Irish unit, Barclays Bank Ireland plc, became the group’s main European Union banking entity in 2018 as it prepared for Brexit. It is known internally as Barclays Europe. The Dublin business was originally established in 1979 and at the end of last year employed 1,563 across Europe, including 300 in the Republic. – Reuters