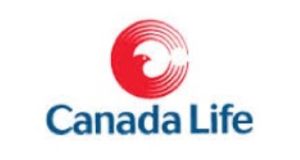 Canada Life claims a former head of asset administration with the insurer removed “significant and highly confidential information” shortly before moving to a new job with a different firm.

Insurance group Canada Life has claimed before the High Court that a former senior executive has unlawfully removed “significant and highly confidential information” shortly before moving to a new job with a different firm.

The insurance group claims that the information was removed by Domenico Iacono, who had been head of asset administration with a company that is part of the Irish Life and Canada Life group, until his departure last July.

The court heard that after two other former members of its investment team resigned their positions within Canada Life and joined Mr Iacono at his new employer a forensic investigation of his email was carried out.

They claim the information on the attached documents is highly confidential and contain details about the plaintiff’s underlying assets, the market value of each fund and related asset breakdown.

They claim the material was taken so Mr Iacono would save months of work in setting up similar processes he had used when employed by Canada Life.

This, it is alleged, would ensure that his new employer is compliant with solvency regulations for EU-based insurance firms.

It is claimed the material taken is Canada Life’s intellectual property, and that Mr Iacono had no entitlement to take it. It is also alleged he has acted in breach of contract.

As a result of the alleged breach Canada Life International Assurance (Ireland) DAC, which is the Dublin-based life assurance business Mr Iacono had worked for, and Canada Life Group Services, which was his former employer, have brought proceedings against Mr Iacono, with an address at Smithfield Market in Dublin 7.

At the High Court, lawyers for Canada life secured a temporary injunction requiring Mr Iacono to preserve all documentation in his possession that belongs to the plaintiffs.

The injunction was granted, on an ex-parte basis, by Ms Justice Caroline Costello.

The judge, who said she was satisfied to grant the order, made the action returnable to a date next week.

The judge also ordered that the media could not report the making of the order until after 5pm on Friday, to allow the plaintiffs time to serve Mr Iacono with the order.

As of the end of 2017 it held about £4.4 billion (€5 billion) in policyholder funds under management across a range of asset classes.