HSE pays agency staff up to three times as much, say consultants 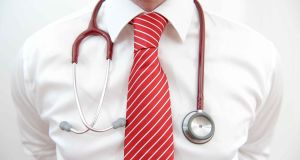 The Irish Hospital Consultants’ Association says “It is widely acknowledged that the cost of an agency consultant can be up to twice the usual consultant’s salary and up to three times the reduced new entrant consultant’s salary.” Photograph: Andrew Matthews/PA

The Health Service Executive is paying up to three times the official salary to secure personnel from agencies to fill vacant senior medical posts in public hospitals, consultants have claimed.

In a submission to the new Public Service Pay Commission, the Irish Hospital Consultants’ Association (IHCA) said the HSE had been paying in the region of €360,000 per year for agency doctors to work at Letterkenny General Hospital in Co Donegal.

The IHCA said that, as a result of a crisis in recruitment and retention of consultant staff, the acute hospital and mental health services were overly reliant on agency and temporary consultants to fill gaps in the service.

“In the many acute services, which are operating with high levels of agency or locum staffing, there is an ever-present risk that the lack of cohesion due to flux in staffing is undermining the quality of patient care.”

The IHCA said that about 370 consultant positions in acute hospitals and an additional 65 posts in psychiatry could not be filled on a full-time basis due to a shortage of interested applicants.

It said that while some of these posts were being covered by temporary or agency personnel at significantly higher costs, a large number were vacant.

The IHCA said this was “undermining the quality and safety of care that can be provided to patients, increasing delays and leading to longer waiting times”.

It said the HSE spent more than €113 million in 2015 on medical agency services. “It is widely acknowledged that the cost of an agency consultant can be up to twice the usual consultant’s salary and up to three times the reduced new entrant consultant’s salary. Such false economies highlight the importance of adjusting consultant salaries upwards to reposition the health service to be more competitive in recruiting and retaining consultants.”

The IHCA told the commission there was a global shortage of medical specialists and consultants and that Irish -trained doctors were in particularly high demand.

The IHCA said there was irrefutable evidence that other English-speaking countries, to which Irish specialists and consultants were emigrating, were paying salaries on average 33 per cent to 76 per cent above the remuneration levels available to consultants working in the public system in Ireland.

“In stark contrast the average salaries of specialists in other English-speaking countries have increased significantly over the same period.”

In addition, Irish consultants working in the Gulf states are being paid up to three times the equivalent salary being paid in Ireland.