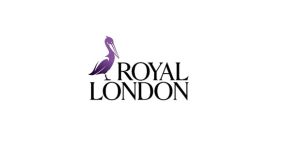 The move means that, in effect, the Central Bank will take over the supervision of the Irish business from March 2019

Royal London, the UK insurance mutual whose Irish operation was previously known as Caledonian Life, says it is awaiting clearance from the Central Bank of Ireland to launch a full-blown Irish subsidiary in time for Britain’s exit from the European Union in 2019.

The company currently employs about 80 staff in Ireland, selling insurance products such as critical illness cover and income protection insurance.

It has operated here until now under EU financial industry passporting rules, although it was domiciled and regulated in the UK home of its parent group.

It is expected that passporting - the ability to sell services into any EU country with being regulated in each jurisdiction - will be lost to UK institutions once Brexit occurs.

This has led to a surge in interest from UK firms to the Central Bank here, seeking authorisation and a backdoor into the EU post-Brexit. Aviva and Legal and General are among other UK insurers said to be considering launching subsidiaries regulated in Ireland to deal with the fallout from Brexit.

“We are in the process of domiciling a subsidiary in Ireland to enable our business in the Republic of Ireland to continue to trade and to mitigate any uncertainty,” Royal London group said, as it announced its interim results.

The move means that, in effect, the Central Bank will take over the supervision of the Irish business from March 2019. It is not expected to have any significant effect on employment or business levels in Ireland.

The group announced that surge in new business in its results for the first half of 2017, although it did not break out its Irish results.

Overall, the group’s life and pensions business was up 45 per cent, while funds under management were up 6 per cent. Group operating profits were up 34 per cent to £184 million.