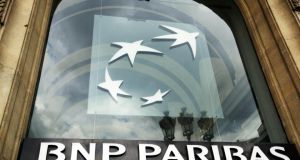 Banks can no longer afford a “too narrow, legalistic approach” to complying with rules because “the world has changed” and they need to clean up their underlying culture and ethics, the chairman of France’s BNP Paribas has argued.

Jean Lemierre said the record $8.9 billion (€7.8 billion) fine imposed on the euro zone’s biggest bank by assets for United States sanctions violations last year was a “wake-up call” that has prompted a “massive reorganisation” of its control functions.

Coming as HSBC faces a political controversy over allegations that its Swiss private bank helped thousands of clients to evade taxes for many years, Mr Lemierre’s comments show how seriously senior financiers take the damage done to the industry by a string of recent scandals.

In his first interview since replacing Baudouin Prot in December, Mr Lemierre said changes were needed at the French bank and across the industry to embed “normal ethical standards” as well as ensuring compliance with the letter of the law.

BNP Paribas failed on both counts by processing billions of dollars of transactions between 2002 and 2012 for groups in Sudan, Iran and Cuba that US regulators said were “involved in terrorism and genocide”. It also systematically concealed the transactions to evade US sanctions.

“There was a mistake and I even can say a big mistake which should not have happened in the culture of BNP Paribas. But it has,” said the 64-year-old former chief executive of the European Bank of Reconstruction and Development.

Mr Lemierre said the bank had become the first non-US lender to shift processing and compliance for offshore US dollar transactions to its New York operations. Like many of its rivals, the bank’s US unit had previously only handled the official clearing of the transactions – a much lighter process – with most compliance checks done through local hubs, such as Singapore, Geneva and Paris. – Copyright The Financial Times Limited 2015