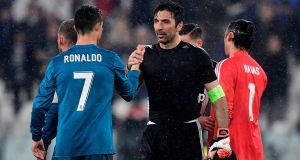 New data-protection rules could have substantial implications for the movement of athletes and their personal information between sports clubs, experts believe.

The world of sport is increasingly subject to advanced data analytics, measuring everything from athletic performance to physical development.

A number of Irish businesses work in the area and last month one of them, Statsports, secured a €1.14 billion deal with the US Soccer Federation for the use of its monitoring devices designed to aid on-pitch performance. The partnership is expected to result in the world’s largest player data-monitoring programme.

However, the new European General Data Protection Regulation (GDPR), which come into force next month, will change how personal information is handled by clubs and other sporting organisations. Experts in the field say it is unclear what effect the rules will ultimately have.

While an athlete’s right to access personal information has existed since the 1980s, the GDPR regime effectively streamlines the process.

Instead of being handed boxes of paper files, data must be transferred electronically in an easily accessible format – and its potential value to rival clubs and organisations is now major industry talking point. In the transfer market, athletes moving from one organisation to another will be able to ask that their personal data be moved with them.

“We have learned over the last 10 years an awareness of data and how important it is to organisations,” said Trev Keane of Sportego, an Irish company that assists sports clubs with data analytics and fan engagement.

Describing the GDPR as potentially the greatest single development in club transfers since the Bosman ruling revolutionised player contracts, Mr Keane said GDPR could give an immediate opportunity for clubs to access other clubs’ data files on players and to see how it is used.

“Now, for the first time, we have the possibility for data on a player in a transfer . . . to become a bargaining chip,” he said.

In the early days this could beg the question what is more valuable to an organisation – the new player or the insights his or her personal information might give into how a former club manages and uses data.

“Until this is applied to the letter of the law we are not really sure about it,” Mr Keane said.

The GDPR rules also say that data can be transferred “where technically feasible”. Mr Keane said this is ambiguous and it remains to be seen how it might be interpreted in practice.

Daragh O’Brien, a GDPR expert at the consultancy firm Castlebridge, said litigation among clubs will likely be used to probe the new regulations.

“There will be a war; the scale of it we will wait to see,” he said. “I would expect clubs to resist this and to seek to clarify the extent and scope of the right.”

The three main expectations following the GDPR introduction, Mr O’Brien said, are that clubs will have to think about how long they store data on players; agree with other clubs on what is transferred as standard; and that players become more involved in how their data is stored and used.