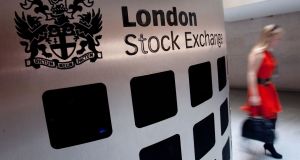 United Oil and Gas is applying to have its ordinary shares traded on London’s smaller AIM market. Photograph: Simon Dawson/Bloomberg

Irish-founded exploration company United Oil and Gas is applying to have its ordinary shares traded on London’s smaller AIM market.

In a statement, the firm, which is led by a company led by two former Tullow Oil employees, said it proposes to cancel its oridinary shares from London’s main listing.

“The board believes that the move to AIM is in the best interests of the company and its shareholders as, in the opinion of the directors, AIM represents a better fit for fast-growing companies of United’s size,” it said.

The group also said it expected the move to lead to significant cost and administrative savings. Shareholder approval for the move is not required.

Dublin-based United Oil and Gas was established three years ago by Irishman Brian Larkin, who previously held finance and commercial positions at Tullow Oil, and Briton Jonathan Leather, who worked with the oil group between 2007 and 2015 where his roles included membership of its global exploration leadership team.