Petrel Resources and Clontarf Energy believed they were awarded a licence . . . 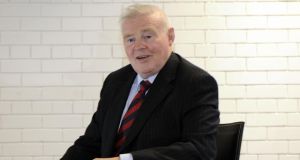 Companies connected to John Teeling, the veteran warhorse of the Irish exploration industry, are close to sealing a peace treaty with authorities in the global exploration hotspot of Ghana.

Petrel Resources and Clontarf Energy believed they were awarded a licence four years ago to hunt for oil in the Tano offshore block, and spent $2 million on preparatory work. Recently, the Ghanaian authorities awarded another licence covering part of the same block to a US company, Camac, run by a well-connected US-Nigerian businessman, Kase Lawal. The Irish investors were understandably upset at the encroachment.

Cue a big row. David Horgan, the Robin to Teeling’s Batman, has spent much of his time recently in the African country trying to sort it all out.

Kawal should be familiar to those brave souls who watch the Irish exploration industry. He was once a backer of the ill-fated Irish outfit Tuskar Resources, which went into liquidation in 2001 after a dispute over a Nigerian oil well. Teeling was a shareholder in Tuskar too. Small world.

Teeling’s companies have struck a bargain with the Ghanaian authorities to end a court case aimed at stopping the Camac deal, in return for a redrafting of Tano’s boundaries to accommodate them on an adjacent piece of territory.

Camac will keep its piece of the pie. Petrel and Clontarf will just move up in the bed a little to make room for it. “It’ll be a good settlement, if everyone sticks to it,” said a hopeful Teeling. The measure still needs parliamentary approval.

Meanwhile, a measly two independent shareholders showed up yesterday at the agm of another Teeling outfit, Connemara Mining. “And one of them turns up at every agm in town,” laughed Teeling.

1 Election adds to headaches for AIB boss Colin Hunt
2 Irish people like nothing more than being bribed with their own money
3 Fast-growing frozen food group has a strong appetite for success
4 Construction body calls for loan scheme to help first-time buyers
5 The Irish economy is thriving but if you’re not feeling it – here’s why
6 Climate apathy in Northern Ireland could impact on the Republic
7 Labour Court expected to rule on Paddy Power workers’ claim
8 Hogan warns Britain on US trade deal as EU set to impose tariffs
9 French insurer AXA hiring British staff in UK to cover hard Brexit
10 Being in Nama regarded as stigma in UK, O’Flynn tells court
Real news has value SUBSCRIBE