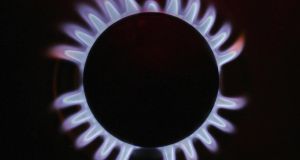 PrePayPower has more than 100,000 electricity customers but said it would be more cautious on its rollout in the gas market. Photograph: Christopher Furlong/Getty Images

PrePayPower, the pay-as-you-go electricity provider, has moved into the domestic gas market. The company has received regulatory clearance and plans to offer the gas offering to its existing customers over coming months.

PrePayPower, which is backed by investors including Ion Equity’s Ulric Kenny and former 123.ie entrepreneur Andrew Collins, has rolled out its prepay electricity service to more than 100,000 customers since its launch in 2011, but warned it would be more cautious on its rollout in the gas market.

“The whole infrastructure around gas supplies into houses is more complicated than is the case with electricity,” said Cathal Fay, its chief executive.

“With electricity we have a state-of-the-art meter that we install inside the home and customers can . . . top [it] up through apps and so on. However, with gas the meter is external to the house and has to be topped up manually.”

He said there were also unspecified “other issues unique to gas” that make prepay gas meters a “different proposition” to electricity meters, but it said it was working closely with Gas Networks Ireland.

Mr Fay said the company, which employs about 200 staff including contractors, is also hiring across all levels of the business, from sales to energy traders.