One51 is takeover target for Irish fund 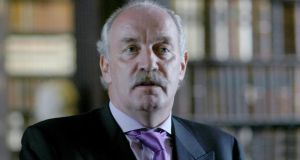 Financier Dermot Desmond has a stake in the business, which focuses its activities on environmental services and plastics together with an investment portfolio. Photograph: Joe St Leger

Irish diversified investment group One51 has received a takeover approach that values the business at €1.80 a share.

The opening price offered represents a premium of 9 per cent to the €1.65 a share that One51’s stock was trading at on Thursday and would value it at €288 million. Its shares had traded at €1.50 on July 6th but have increased in value since then.

One51 is an unlisted plc, whose shares trade on a grey market. Its stock is usually highly illiquid.

It is understood that the approach has come from an Irish fund with a European focus. The bidder is not thought to be an existing shareholder.

One51’s biggest shareholder is Pageant Holdings with just more than 8 per cent. Kerry Co-operative Creameries at 4.7 per cent and Dairygold Co-operative at 3.1 per cent are other major investors.

It is understood the fund has already approached a number of One51 investors and indicated its willingness to pay €1.80 a share.

The potential acquirer wants to take a controlling interest in the business but is thought to be willing to allow existing shareholders to be part of the new ownership structure.

One51 has been busy on the acquisition front itself this year. Earlier this month it announced the acquisition of IPL Inc, a Canadian producer of injection-molded plastic products, for €201 million.

The company has significantly restructured its own portfolio since the economic crash in late 2008. This will include a liquidity event at fellow Irish investment group NTR, where One51 has a 23.6 per cent stake.

The syndicate was expanded in September last year with the addition of HSBC, resulting in the total committed bank facilities available to the group increasing to more than €90 million.

Last year also marked the end of a two-year process of selling-off non-core assets, which saw the sale of Irish Pride Bakeries to WHW Bakeries and the sale of Greenore Port to the Burke Shipping group. No comment was available from One51 last night.