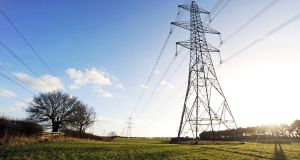 Systems Operator Northern Ireland said it had made “what we feel is a fair pay offer which has been rejected by the union”. Photograph: iStock

Officials from the Prospect trade union said their members voted for industrial action because they claim they have not received an annual pay rise since 2015.

Mr McCormick added that SONI had made “what we feel is a fair pay offer which has been rejected by the union”.

But Angela Moffatt, negotiations officer with Prospect, said SONI had “refused to budge” after the union proposed that “an under inflation pay rise” should be given to its members.

“All of our members with the exception of minimum emergency operations cover will now initially strike for one day, but more could follow.

“We expect an impact on maintenance and operations and costs for third parties like NIE Networks too.

“We are not escalating to a blackout situation at this point. Our members will be there to deal with emergencies and ensure there’s no risk to life. We own our responsibility to the ordinary consumer and the general public, even if SONI are happy to risk that by refusing to end this dispute,” Ms Moffatt said.

But she warned that SONI should not “expect to keep trading on that goodwill” and that the union’s industrial action could escalate further.