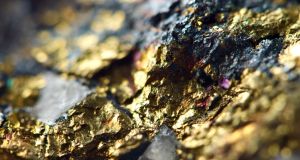 Ormonde Mining says that a fresh look at its Spanish gold exploration projects has highlighted new potential for the company.

In an update to the market, the company said it had discovered potential to build on high grade gold mineralisation which was intersected by previous drilling campaigns.

“Gold projects have been a key focus of these efforts, together with opportunities across a range of commodities, global jurisdictions and risk profiles. The priority remains on concluding a resource sector transaction which would add substantial value for Ormonde’s shareholders.”

Around 100 projects have been reviewed, with a small number marked for further consideration. Among the projects under review were the Salamanca and Zamora gold projects in western Spain, a joint venture with Shearwater Group. This showed potential opportunities to follow up on high grade gold results returned by earlier drilling.

The company also confirmed it would hold a physical AGM in September, rather than opting for the virtual AGM that many others have chosen in the midst of the coronavirus pandemic.