Undrilled acreage has been awarded for initial period of three years 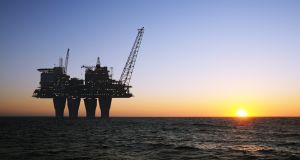 Equatorial Guinea has “some of the most neglected and prospective exploration potential in offshore West Africa”, according to Clontarf Energy. (Photograph: iStock)

The undrilled water acreage, known as block 18, is licensed to Clontarf Energy for an initial period of three years while the second sub-period is for two years. Both periods may be subject to an extension of a year each.

According to the company’s recent 2016 annual report, Equatorial Guinea has “some of the most neglected and prospective exploration potential in offshore West Africa”. The company’s accounts to the end of 2016 show it had no revenue and made a loss for the year just shy of £200,000 (€229,500).

The production royalty associated with block 18 is a standard 13 per cent, rising to 16 per cent on production exceeding 100,000 barrels of oil per day. The 80 per cent production interest falls after the first 40 million barrels are produced, and drops until output reaches 200 million barrels.

“Clontarf has long been interested in Equatorial Guinea’s deep-water potential, which is among some of the most prospective in West Africa, ” said David Horgan, managing director of Clontarf Energy.

“Until the 2017 bid round, Equatorial Guinea was largely perceived as the bailiwick of US majors and Chinese national oil corporations. For the first time, the 2017 bid round sought new ideas and fresh approaches from the diverse community of oil independents,” he added.