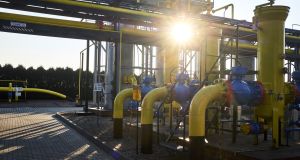 In a note to investors on Friday, Aminex said it had appointed Tom Mackay as interim chief executive.

The chief executive of oil and gas explorer Aminex Jay Bhattacherjee is to step down from his position with immediate effect due to health reasons.

In a note to investors on Friday, Aminex said it had appointed Tom Mackay as interim chief executive. It added that Linda Beal would take over as the senior non-executive director.

Aminex chairman John Bell said everyone in the company wished Mr Bhattacherjee well in the future.

Mr Mackay is a geologist/petroleum engineer with a successful career in petroleum operations, management and financing.

With a BSc in geology from Durham University, he began his career as a petroleum engineer with Shell. He has been an active petroleum consultant on acquisition and new venture projects with a wide range of clients, including Petrofac and Enquest. For a period he served as chief executive of Oil Quest Holdings, and from 2002 to 2007 he held senior management positions at Stratic Energy Corporation. He was appointed a director of Aminex in September 2014.