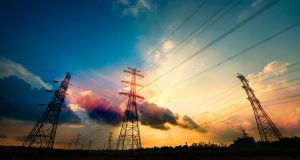 A new £600 million energy park could be in the works for Co Antrim, with the new owner of the Kilroot Power Station seeking to make the largest ever single investment in electricity generation in Northern Ireland.

The park, which would include renewable electricity, would also be a major milestone in decarbonising power generation in Northern Ireland.

The development proposed by EPUK Investments, which is part of Czech billionaire part of Daniel Kretinsky’s EPH Group, could potentially enough energy to power 500,000 homes.

Plans are still at the concept stage, but the company is seeking to include flexible gas generation, solar, battery storage, hydrogen and a multi fuel combined heat and power facility as well as a data centre on the 230-acre site.

“Kilroot Energy Park will aim to deliver new highly flexible gas generation to complement the widespread use of renewable energy on the electricity system in Northern Ireland. This aligns with the strategic needs of the Northern Ireland system, which can utilise on any given day up to almost 70 per cent of its electricity from renewable sources.’’

The company is also proposing an Education and Learning centre on the site that would allow schools and other visitors to learn about more environmentally friendly sources of power, and a biodiversity area to re-wild the site and along the shore of Belfast Lough.