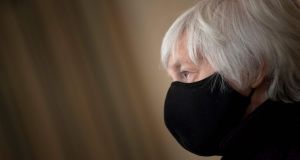 Janet Yellen, the new US treasury secretary, has signalled that the US wants a deal on corporate tax in talks underway at the OECD. Photograph: AFP via Getty

It is a case of “game on” for global corporate tax reform. And so the coming weeks will see vital decisions made with serious and long-term implications for the Republic. The clear signal from Janet Yellen, the new US treasury secretary, to G20 finance ministers that the US wants a deal on corporate tax in talks underway at the OECD means that there is a good chance that this will happen. Minister for Finance, Paschal Donohoe, has said he is in favour of such a deal. But the terms on which it is done are vital for Ireland.

The OECD talks – the second part of its programme on Base Erosion and Profit Shifting (BEPS) – are divided into two parts, or pillars as they are called. The first involves a change in the way big multinationals pay tax. For the first time they would have to pay a portion of tax based on where they sell, rather than declaring profits in the locations from where these sales transactions are managed. In the digital era these two locations are often separate.

As many big players have their international headquarters in the Republic, this would mean that in future some of the profit previously booked here would effectively be taxed in other markets into which sales are made from Ireland. The tax in other markets would actually be levied on sales, not profits, but would lead to less tax being paid in Ireland.

The Department of Finance has said that this could shrink Ireland’s annual corporate tax base by between €800 million and €2 billion. Last year €11.8 billion was collected in corporation tax and revenue from this has grown rapidly in recent years. How the losses from reform would balance out against other factors in terms of the annual yield is impossible to calculate.

The Government appears to have reconciled itself to this cost as part of an OECD deal. The reason is that not having a deal would be likely to lead to many of these costs being incurred anyway as many countries plan to unilaterally impose a digital sales tax in their own markets. And in turn this could lead to international rows and a rekindling of the trade wars which smouldered under the Trump administration. This could lead to tariffs and threats which could cause difficulties for the Republic, given our reliance on US investment.

However the big unknown is now the second part of the OECD plan, the so-called pillar two. Central to this is a plan to impose a minimum tax on the profits of major multinationals, a kind of backstop to ensure they pay at least this amount on what they earn across the world. The key considerations for Ireland are how these rules are drawn up and what the rate would be.

Yellen referred to a “ robust” rate. If this is above the Irish corporation tax rate of 12.5 per cent it clearly undermines this as an attraction for multinationals to locate here. Donohoe and other ministers from smaller countries have argued that the rules must accommodate an element of tax competition to allow countries like Ireland to attract investment.

The risk for Ireland is that the proposed minimum rate under an OECD deal rises to, say, 15 per cent, or perhaps higher. Depending on how the rules were structured, this would probably mean that companies would need to make top-up payments on profits already taxed here at the 12.5 per cent rate.

So there is at lot at stake in the weeks ahead for Ireland, with the OECD talks scheduled to conclude in July. Some of the debate is about where companies pay tax – and some it about how much they pay. Both pillars of planned reforms carry risks for Ireland, both to revenue but also, perhaps more importantly, to the tax model which has been part of the State’s attraction to FDI for many years.