China’s new leader has made combatting corruption a priority 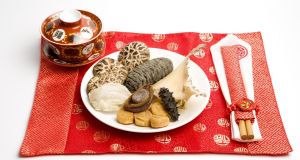 Getting a reservation at Beijing’s top restaurants is much easier now than a year ago, as government officials steer clear of pricey dinners.

Asia Briefing: President Xi Jinping’s crackdown on corruption and extravagance by government officials is spoiling appetites in the banquet business and hitting demand for expensive delicacies such as sea cucumbers and abalone, which were long the dishes of choice for Communist Party cadres out to make an impression.

Mr Xi has made combatting corruption a priority for his government, and he has warned the problem is so severe it could threaten the ruling Communist Party’s survival.

Anyone who has done business in China will tell you how important eating and drinking together can be, and how deals are often made at a round table with dishes galore and maotai. It’s an indispensable part of Chinese elite culture as business deals are usually discussed and sealed at the dining table.

Getting a reservation at Beijing’s top restaurants is much easier now than a year ago, as government officials steer clear of pricey dinners. And many of the high-end eateries are offering less ostentatious fare instead of abalone and shark fin soup.

The crackdown is hitting some of the biggest restaurant chains. Late last month, the restaurant chain Merrylin closed its flagship outlet in western Beijing, not far from the government and military headquarters.

The catering slowdown is also hitting demand for expensive liquor and cigarettes – all staples at alcohol-fuelled official banquets.

“We had to shut down due to heavy losses. The business was difficult to maintain as the restaurant had been relying on government spending,” said Zhou Guihong, a manager at Merrylin. Some 130 workers, including Zhou, have lost their jobs. The 4,000-square-metre restaurant had 38 banquet rooms.

The crackdown is also affecting demand for goods such as Swiss watches, as cadres are forced to stop giving them as presents.