The country expects to raise £110bn between September and November 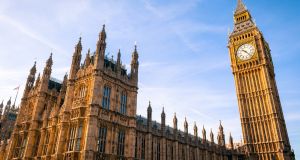 Britain said on Thursday it would seek to raise £110 billion pounds (€121 billion) from the bond market between September and November, taking total gilt issuance in the first eight months of the financial year to a record £385 billion.

Thursday’s announcement represented a slowdown in the record pace of borrowing - dropping to £36.7 billion a month for September to November from an average £55 billion before - and the government hopes for a further easing off.

“The higher volume of issuance seen so far this year due to Covid-19 is not expected to persist over the final four months of the year,” the UK’s finance ministry said in a statement alongside the DMO announcement.

The finance ministry also said it was seeking to increase the amount of money raised from its NS&I savings business, which takes money direct from the public, by £29 billion to £35 billion.

Thursday’s borrowing announcement is broadly in line with analysts’ expectations, and there was little immediate market reaction.

Helped by a further £300 billion of Bank of England asset purchases, investors have shown a strong appetite for British government debt since late March.

Yields on two-year debt sank to a record low -0.13 per cent on Tuesday after data showed Britain’s economy made a weaker-than-expected recovery in May from the massive hit from Covid-19 and the associated lockdown.

But the economic damage means Britain could be on course to borrow nearly £400 billion this year, on top of refinancing existing debt, the government’s Office for Budget Responsibility has warned, taking public-sector debt as a share of the economy to its highest since the 1950s. – Reuters