Fading momentum in house market as growth at seven-month low 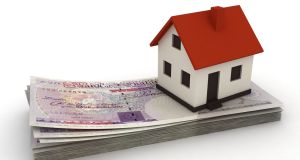 Annual house price growth in Britain cooled to a seven-month low in March, mortgage lender Nationwide said on Thursday, adding to signs of fading momentum in the housing market.

House prices rose 2.1 per cent in the year to March compared with 2.2 per cent in February, weaker than all forecasts in a Reuters poll of economists that had pointed to growth of 2.6 per cent.

Prices fell on the month by 0.2 per cent, following a 0.4 per cent drop in February - again undercutting all forecasts in the Reuters poll that had pointed to growth of 0.2 per cent.

Nationwide said it expected house prices would be broadly flat over 2018, with a marginal gain of around 1 per cent over the year as a whole. - Reuters