Choppy trading in UK currency after May defeat in Brexit vote 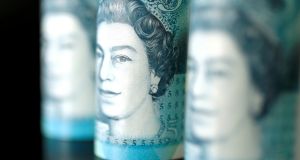 Britain’s currency dropped and then rebounded sharply in volatile trade following Theresa May’s heavy defeat in a House of Commons vote on her Brexit deal.

“This historic defeat was largely priced into the pound in the run-up to this evening’s vote, attention is already focused on Remainer efforts to fend off a ‘no deal’ scenario and extend Article 50,” said Derek Halpenny, European head of global markets research at MUFG.

The Brexit package Mrs May agreed with the EU was voted down in the Commons by 230 votes. It prompted Jeremy Corbyn, the Labour leader, to move for a vote of no confidence in the Tory government.

“The only thing that would really make the pound plummet now is a successful vote of no confidence,” added Mr Halpenny.

Stephen Gallo, strategist at BMO Capital Markets, pointed out as well that “market illiquidity” would make it difficult for traders to make bets on the currency.

Simon McKeever, IEA chief executive said: “With only 74 days left until the United Kingdom is due to leave the European Union at 29 March 11pm (IST), Irish businesses trading with or transiting goods through the United Kingdom, whether exporters or importers, must now, as a matter of urgency, implement their no-deal Brexit contingency plans. The Irish business community simply cannot afford to continue its ‘wait-and-see’ approach and trust on the UK political establishment to prevent a no-deal Brexit.

“ It is crucial that businesses understand and prepare for the application of full customs and VAT, tariff, phytosanitary and other regulatory and non-tariff barriers to trade with the UK.”