Republic should be next to introduce gender pay audits

Cantillon: State risks falling behind when it comes to ending gender pay disparities 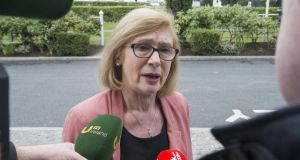 Labour TD Jan O’Sullivan said: ‘It is time for Ireland to play its part on ending the gender pay gap.’ Photograph: Dave Meehan

What’s the difference between Ireland and Iceland? One letter and a much more enthusiastic attitude towards closing the gender pay gap.

In a bid to eradicate the pay gap between men and women in Iceland by 2022, the Icelandic parliament is considering a Bill that would require companies with 25 or more staff to prove that they pay employees the same regardless of gender, ethnicity, sexuality or nationality. Good for them.

They’re not alone. In Britain, new regulations have come into effect requiring companies with 250 or more staff to record how much they pay men and how much they pay women, both by the hour and in the form of bonuses, and then publish the figures on their websites by April 2018.

The rules do not apply in Northern Ireland, but similar regulations are expected to be in place there later this year.

In the Republic, the Labour Party plans to introduce the Gender Pay Gap Information Bill, 2017, in the Dáil next month.

Inspired by similar legislation in Belgium, the Bill would require companies with 50 or more employees to report regularly on the earnings of their male and female staff.

Such gender pay audits are not designed to identify specific cases where companies pay women less than men for doing the same work.

This discrimination is, of course, illegal, though it is often difficult to prove.

Gender pay reporting obligations shine a light on broader pay disparities within companies, reinvigorating the conversation on how and why certain types of work are valued above others, and demonstrating how power structures play out.

The most interesting thing may not be the numbers, but how employers try to explain them, and, if there is a gap, whether or not they are minded to do anything about it.