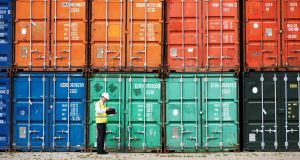 The number of traders preparing for UK’s departure from the EU has significantly increased, according to Revenue.

The number of traders preparing for UK’s departure from the EU has significantly increased, according to updated figures showing a surge in new customs registrations.

The Revenue Commissioners said the number of applications for Economic Operators Registration and Identification (EORI) numbers – a requirement for traders dealing with non-EU “third countries” – more than trebled in the first 19 days of February compared with the whole of January.

There have been 1,644 applications for the customs registration numbers, which businesses will need to have if they are to continue trading with the UK after Brexit, so far this month – a 330 per cent increase on the 384 applications by the Revenue received last month.

There have been 266 applications for the EORI numbers in the last three working days alone, well above the monthly average for the first half of last year. Revenue said that the monthly registrations for the last six months “show clear evidence of traders pro-actively preparing to continue trading with the UK post-Brexit”.

The ramped-up activity by businesses preparing for the UK’s departure from the EU, scheduled to take place in 37 days, coincides with an intensification of contacts by the Revenue with traders and businesses to encourage them to prepare for Brexit.

Revenue has made direct contact with more than 80,000 businesses that will most likely be significantly impacted by Brexit.

“Our message has been clear: you need to assess the impact of Brexit on your business and take the necessary action now, to mitigate the challenges that Brexit undoubtedly brings,” said Lynda Slattery, head of Brexit policy in Revenue’s customs division.

It is estimated that about 100,000 businesses trade on an intermittent basis with the UK.

“Taking action now is vital if you want to be sure that you can continue to import or export goods after Brexit. The critical first step is to get your EORI number,” said Ms Slattery.