One in six young people in euro zone is a Neet

Almost a fifth of Irish 20- to 24-year-olds are not in employment, education or training 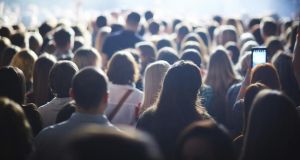 Five million people aged between 20 and 24 in the European Union are not in employment, education or training, according to Eurostat. Photograph: iStock

Six years after the euro’s debt crisis began its attack on economies from Ireland to Greece, one in six people aged between 20 and 24 is still living for the day – not in employment, education or training. They’re Neets, for short.

Five million people fit this bracket across the 28-nation European Union, according to fresh Eurostat data.

The problem isn’t only that they are currently without a job.

The “face a permanent disadvantage on the labour market,” according to Guntram Wolff, director of the Brussels-based policy group Bruegel.

“They will never be as productive as people who have a normal start.”

Youth unemployment is a particular burden in countries across the Mediterranean region.

In Italy, more than 30 per cent of the 20- to 24-year-olds were left last year outside work or school, an increase of almost 10 percentage points from 2006.

“Countries that are already facing the consequence of a severe economic crisis will feel the long-term impact of high youth unemployment on their economy in the next 20 to 30 years,” Mr Wolff said.

While countries in Europe’s core fare better, their challenges are similar: joblessness among young Germans or Dutch also exceeds the average rate for the entire working population. – (Bloomberg)