Belgium’s richest family and E.ON Group among those who set up branches here 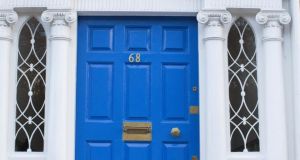 United Business Media Group set up an Irish branch in December 2008, with a registered address on Merion Square in Dublin, to which it transferred capital of €349 million. Photograph: Fergal Phillips

A large number of multinational companies featured in the Luxembourg advanced tax agreements (ATAs) seen by The Irish Times make use of Ireland in their tax planning.

For instance, in November 2009, PwC Luxembourg negotiated an ATA on behalf of the E.ON Group, one of the world’s largest privately owned electricity and gas companies, concerning E.ON’s plan to open an Irish branch of a Luxembourg group company.

Records in the Companies Registration Office, Dublin, show that Angus Sinclair, with an address in Chapelizod, Dublin, acted for the E.ON branch.

In a letter to the Luxembourg tax authorities, PwC said the Irish E.On branch would be tax resident in Ireland as it would have an office space, a desk, fax, a phone number, a bank account and have its name displayed on its premises. It would have “at least one manager”.

Marius Kohl of the Luxembourg tax authorities, in his response to PwC on the same date, said the contents of the PwC letter were “in compliance with current tax legislation and administrative practice”.

The Irish E.ON branch was closed in December 2013. By then it was located at Suite 19, Clifton House, Lwr Fitzwilliam Street, Dublin 2. Mr Sinclair notified the Dublin Companies Registration Office of the closure.

In another case mentioned in the correspondence, a Luxembourg bank, Compagnie de Banque Privée, had PwC Luxembourg act for it in the opening of a branch in Universal House, Shannon, Co Clare.

The purpose of the exercise was to transfer a bond, with a value of approximately €52 million, to the branch. The effect of this was to prevent the bond becoming an asset that would form part of the calculations for the bank’s annual net wealth tax in Luxembourg.

Included with a PwC letter to the Luxembourg tax authorities in 2008, was a copy of an employment contract with Andrew Ryan, who was to be paid €13,000 a year for his work as a manager in Shannon. Mr Ryan’s employment, along with the existence of a desk, phone, fax, bank account and other matters, would make the branch tax resident in Ireland, the letter said.

The agreement between the Irish Managed Companies and Compagnie de Banque Privée said the branch would have the use of furnished office space of up to 175 square metres, at a fee of €1,750 per quarter. Insurance, cleaning of the toilets, the use of drinks machines, and other issues were covered in the contract.

Mr Ryan’s employment contract included a confidentiality clause, and a stipulation that he must be given one month’s notice if his employment was being terminated. Records in the Companies Registration Office, Dublin, indicate the branch still operates in Shannon, managed by Mr Ryan, though the address is now Rineanna House, Shannon Free Zone, Co Clare.

A Luxembourg subsidiary of the UK media group, United Business Media Group (UBM), set up an Irish branch in December 2008 to which it transferred capital of €349 million. The Luxembourg company, UBM Finance Sarl, then borrowed the same amount from the branch. The effect of the transactions was to move the money out from Luxembourg net wealth tax considerations.

The branch was opened in 2008, at an address on Merrion Square, Dublin, and still exists there. The branch manager is Angus Sinclair, who also worked for E.ON.

The accounts for the Luxembourg UBM company are filed in the Irish Companies Registration Office and show that it had $12 billion in assets at the end of 2010, during which year it had staff costs of $3,672. Notes to the accounts say the Irish branch had one employee.

UBM is the owner of PR Newswire and its activities include live media and business-to-business communications, marketing services and data provision. Mr Sinclair is head of finance Ireland for UBM and said he acted on a consultancy basis when working with the E.ON branch.

The richest family in Belgium, the De Spoelberchs, have tax structures involving Luxembourg and an Irish branch of a Luxembourg company originally based at Universal House, Shannon, but now at Rineanna House, Shannon Free Zone.

The De Spoelberchs have a stake in the world’s largest brewing group, AB Inbev, whose labels include Budweister, Stella Artois and Becks. The PwC correspondence shows the accountancy firm acted for the family in establishing a Luxembourg company called Agemar SA, which went on to open a branch in Shannon. The latest accounts for Agemar filed in the Irish Companies Registration Office show it had assets of €1.4 billion in 2011 and had staff costs that year of €13,828.

Mr Sinclair also worked as a branch manager for an Irish branch of a Luxembourg company that was part of the Northern & Shell group, which owns the Star and Express newspaper titles in the UK, and 50 per cent of the Irish Daily Star.