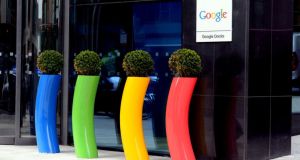 Google: Prof Stewart’s research paper gives the internet giant as one example of a firm incorporated in Ireland but not regarded as resident for corporate tax purposes. Others include Apple, LinkedIn, Adobe Software and Microsoft. Photograph: Cyril Byrne/The Irish Times

Large subsidiaries of multinationals, such as Apple and Google, which are based in Ireland are able to escape paying corporation tax due to an “exceptional” interpretation of tax laws by the Revenue Commissioners, a new study claims.

A research paper by James Stewart, associate professor in finance at Trinity College Dublin, says many multinationals are deemed not to be tax resident in Ireland, even though their Irish presence forms a key part of group operations and they may have a large physical presence here. This is because our tax regime allows companies to be incorporated here, but tax resident in countries where their activities are “managed and controlled”.

In many cases, these jurisdictions are listed as Bermuda or the Caymans, where corporation tax is zero.

Revenue has taken issue with the claim, saying it is applying relevant laws as set out in case law and statute. It said the High Court had confirmed the principles regarding tax residency, which had been developed by the UK courts.

Prof Stewart’s research paper gives examples of subsidiaries of Apple and Google, which are incorporated in Ireland but not regarded as resident for corporate tax purposes by the Revenue. Between them they re ported pre-tax profits of €22 billion in 2011.

Other multinationals with subsidiaries incorporated in Ireland, but tax resident abroad, include Adobe Software, LinkedIn and Microsoft.

“On several objective criteria, these firms are located in Ireland and hence it is reasonable to include their profits in measures of aggregate corporate profits in Ireland,” the paper states.

It adds there is no evidence that Revenue has ever contested the status of any multinational subsidiaries that have claimed they are “not managed or controlled in Ireland”.

A statement from Revenue said relevant laws state that a company’s residence is determined for tax purposes in Ireland by the location of its central management and control.

“This central management and control rule has long been, and continues to be, the general residence rule, applicable to all companies for Irish tax purposes,” Revenue said.

The only exception to this rule, it said, were statutory provisions targeted at two very specific categories of Irish-incorporated companies, which are deemed to be Irish-resident for tax purposes. They include so-called “stateless” firms and those who are incorporated in Ireland but do not carry on any business here.


Case law
“The general residence rule continues to be the central management and control rule set out in case law,” it added.

The Revenue also said it does contest the assertions of companies where the facts of a case are “inconsistent with a claim that a company is not managed or controlled in Ireland”. It did not provide any example, adding that it could not comment in relation to the tax affairs of any company.

Prof Stewart’s paper claims the omission of multinational subsidiaries based here as part our tax take is leading to official measures of effective tax rates that are “misleading”.

He sparked controversy earlier this year when another of his research papers said US multinationals in Ireland reported paying tax rates of 2.2 per cent, well below the headline rate of 12.5 per cent.

This was based on data from the US Bureau of Economic Analysis, which uses a company’s place of incorporation as its tax residence.

This was rejected by Minister for Finance Michael Noonan who said the data was based on a “flawed premise”, given that it drew on companies not tax resident here.