Most German banks are imposing negative rates on corporate clients 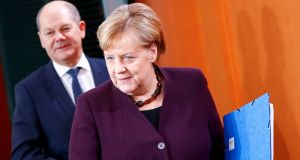 Almost 60 per cent of German banks are charging negative interest rates on the deposits of corporate clients, and more than 20 per cent are doing the same for retail customers, according to new data published on Monday.

The figures, revealed in a survey by the German central bank, give one of the clearest indications of how many lenders are charging customers to deposit money since the European Central Bank cut interest rates deeper into negative territory in mid-September.

The Bundesbank surveyed 220 lenders at the end of September – two weeks after the ECB’s cut its deposit rate from minus 0.4 to a record low of minus 0.5 per cent. In response 58 per cent of the banks said they were levying negative rates on some corporate deposits, and 23 per cent said they were doing the same for retail depositors.

While most of the lenders are passing on negative rates only to institutions, companies or individuals with large deposits, the practice has proved particularly controversial in Germany, where the ECB has been criticised for penalising prudent savers.

James von Moltke, Deutsche Bank’s chief financial officer, last month told analysts that Germany’s largest lender had stepped up its attempts to pass on negative interest rates to clients after concluding it could do so for about a fifth of all its retail deposits.

“This is more difficult in the private bank business than in corporate or institutional deposits, and we don’t see an ability to adjust legal terms and conditions of our accounts on a broad-based basis,” said Mr von Moltke, adding that Deutsche was instead approaching retail clients with large deposits on an individual basis.

In one of the most aggressive moves in the sector, Berliner Volksbank said last month that it would start applying a minus 0.5 per cent rate on any deposits above €100,000 at the country’s biggest co-operative lender.