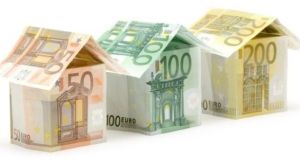 In the regional centres outside of Dublin, Limerick recorded the highest increase of 1.3% during the first three months, while prices in both Cork and Galway rose 0.3%

The average value of Irish homes rose by just 0.2 per cent during the opening three months of 2019, according to new figures from estate agents Sherry FitzGerald. This compares to growth of 2.1 per cent recorded for the same quarter a year ago.

Prices have increased 1.9 per cent annually to the first quarter, Sherry FitzGerald said.

It said price growth was unchanged in Dublin, as against a 2.3 per cent increase for the same period last year.

In the regional centres outside of Dublin, Limerick recorded the highest increase of 1.3 per cent during the first three months, while prices in both Cork and Galway rose by 0.3 per cent.

“Data from the opening months of 2019 reveals a continued moderation in price growth, a trend which first emerged during the latter half of 2018. The ongoing impact of a tighter mortgage market, due to the tightening of the lending policy introduced towards the end of 2017, and to a lesser extent an improved offering in the new homes market have collectively resulted in the slowdown in the pace of inflation,” said Marian Finnegan, chief economist at Sherry FitzGerald.

“This trend of moderate price growth is likely to remain a feature of the market for the year ahead,” she added.

The total value of residential property transacted in 2018 equalled €16.7 billion.

1 How long can Government afford to keep State pension age at 66?
2 Liam Neeson among new investors backing €100m Ireland Impact fund
3 How on earth do we the calculate the cost of Level 5 for the Irish economy?
4 Guinness brings out a non-alcoholic version of the black stuff
5 Farm lobby seeks EU ban on vegan ‘burger’ and veggie ‘sausage’
6 Five ways to create a culture of innovation in the workplace
7 Donohoe said delay to local property tax reform was ‘untenable’ before deferring it
8 Weaknesses of food industry
9 Vendors adopting ‘wait-and-see’ approach in sub-€20m market
10 Budget 2021 main points: Up to €5,000 a week for Covid-hit firms, hospitality VAT rate cut
Real news has value SUBSCRIBE