Merger and acquisition activity in Ireland expected to rise in 2018 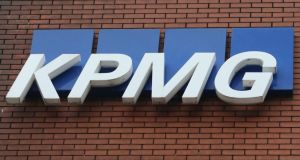 Fewer respondents to KPMG’s survey said they believed deal activity would be negatively impacted by Brexit compared with a year ago, the accountancy firm said.

Merger and acquisition (M&A) deals in Ireland are expected to be higher in 2018 compared with last year, a new survey of corporate executives and advisers by KPMG has found.

Some 57 per cent of respondents to the accountancy firm’s survey said they expected deal volumes would top those recorded last year, while only 8 per cent said they would fall.

“The current environment continues to be favourable for deal-making,” said KPMG Ireland partner and head of transaction services Mark Collins.

“This is underpinned by more robust corporate profits, access to capital and lower stock market volatility, all of which contribute to enhanced confidence levels.”

Fewer respondents to KPMG’s survey said they believed deal activity would be negatively impacted by Brexit compared with a year ago, the accountancy firm said, with 34 per cent saying they expected it would pose a drag on M&A volumes compared with almost half in a similar survey last year. Meanwhile, some 36 per cent said they expected Brexit would prompt an increase in deal activity.

The increase in M&A activity forecast for 2018 reflects the strong performance of Irish companies in a growing economy, he added.

The failure of deals to reach completion is largely due to avoidable reasons, the survey found, with 55 per cent of respondents citing unexpected diligence, lack of readiness and the quality of the deal team as the reason for a deal failure. A valuation gap was cited by 31 per cent.

2 GAA gets go-ahead for new hotel near Croke Park

8 NTMA seeks to raise up to €3bn in bond sale