Rigorous checking of applicants’ claims is not being carried out, says Davy report 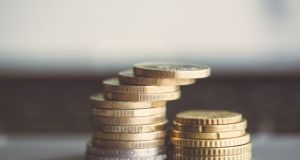 The “generous terms” of the Government’s Covid-19 unemployment scheme and a lack of rigorous checking has created a strong financial incentive for people to leave work.

This is according to Davy Stockbrokers chief economist Conall MacCoille who suggests the pandemic unemployment payments scheme is proving particularly attractive to part-time workers.

Writing a day after official figures revealed the Department of Social Protection issued unemployment payments to 584,000 people this week, Mr MacCoille said the contraction in Irish employment is now worse than in either Britain or the US.

“Anecdotal evidence from SMEs is consistent with the view that many younger, part-time workers have supplemented their income by choosing to leave employment and receive the €350 per week Covid-19 unemployment benefit,” he said.

“We do not believe the benefit is rigorously tested to ensure claimants satisfy the conditions of previously being in employment and being made involuntarily unemployed,” Mr MacCoille added.

The Government last week increased the amount it will pay under the scheme from 70 per cent to 85 per cent for those who earn less than €24,400 per year in a bid to keep more part-time workers on the payroll.

The move came after employers said that some of their part-time and low-paid staff were not working because they could earn more from the Covid-19 pandemic unemployment payment.

“Remarkably, the Government has created a financial incentive to not participate in its temporary wage subsidy scheme,” said Mr MacCoille.

Responding to Mr MacCoille’s analysis, the Department of Social Protection said that there are a number of factors at play when looking at comparative data, “in particular with UK data which appears to form the basis of the conclusion drawn by Davy”.

“First the Universal Credit numbers in the UK do not reflect the full claimant count. Universal Credit (UC) is in the process of being rolled out on a geographic basis.” The department said there is a widely reported backlog of claimants for the UK’s universal credit system.

It also said the UK claimant count excludes certain types of workers who lose their jobs most notably self-employed people, young workers and some part-time workers, while the differences in the two labour markets should also be taken into account, with more of the workforce here engaged in accommodation, food service and travel agency work than in the UK.

“Contrary to what Davy report we are checking the prior employment status of applicants each week and are only paying people where we can see a record of employment in the Revenue data. That’s one of the main reasons we don’t pay people each week,” the department said.

There were 475,000 part-time workers last year according to official figures.

More than one million people are now receiving some sort of State income support, official data published on Monday shows with about 50,000 people receiving a payment for the first time.

These payments are in addition to the 212,000 people on the Live Register and the more than 46,000 employers who have registered for the Covid-19 wage subsidy scheme.

The Economic and Social Research Institute (ESRI) earlier this month said Government measures to help workers hit by the coronavirus outbreak will “significantly” cushion incomes. Its research indicated that the flat-rate pandemic payment would have the most impact in terms of supporting incomes.