Country on track for biggest contraction since 1930s 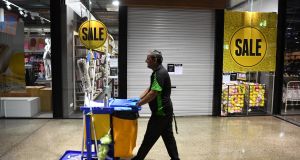 Australia will suffer its biggest economic contraction since the 1930s in the first half of 2020 due to coronavirus-driven mobility restrictions, the central banker governor said on Tuesday.

Reserve Bank of Australia (RBA) governor Philip Lowe said in a speech in Sydney the country’s national output would fall by around 10 per cent in the first half of 2020, with most of this decline taking place in the June quarter.

Unemployment is likely to be around 10 per cent by June as total hours worked are likely to decline by around 20 per cent, he added. The jobless rate was at 5.2 per cent in March.

“These are all very large numbers and ones that were inconceivable just a few months ago,” Lowe said in a speech in Sydney. “They speak to the immense challenge faced by our society to contain the virus.”

Earlier, figures from the Australian Bureau of Statistics showed jobs recorded by the tax office payrolls system fell 6 per cent between March 14th and April 4th, suggesting about 780,000 job losses.

The number of coronavirus infections in Australia is relatively small with the rate of growth slowing significantly in recent days.

However, the outbreak has spread rapidly from less than 100 cases in March to more than 6,600 now, prompting the government to shut non-essential businesses, ban overseas travel and large gatherings while enforcing social distancing rules.

Mr Lowe said the economic recovery would be slow when these restrictions are eased.

“Whatever the timing of the recovery, when it does come, we should not be expecting that we will return quickly to business as usual,” Mr Lowe said in a speech broadcast live on the RBA’s website.

“Rather, the twin health and economic emergencies that we are experiencing now will cast a shadow over our economy for some time to come.” – Reuters