Comment: Economist Kevin O’Rourke on the fall-out from the Brexit vote 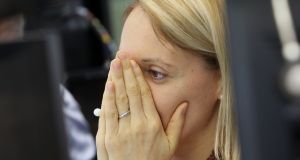 Thursday’s vote is going to have implications for all of us, especially for Ireland, so we need to start thinking about what happens next.

Oxford, where I work , voted 70 per cent to 30 per cent in favour of remaining in the EU, and I have lots of colleagues who are devastated this weekend at the result.

It is hard for people outside Britain to understand just how sad so many people are at what has happened.

This is not just about economics, or even mainly about economics: it is about identity. A great many English people feel profoundly and sincerely that they are both European and British.

Both identities are under threat today.

Of course, a healthy majority of English people are happy with the outcome, including some friends of mine, and I’m pleased for them.

And presumably we all wish England well. But it’s also true that the English voted without paying the slightest heed to what was in the interests of Ireland, including that part of the island which remains part of the United Kingdom.

It was ever thus.

There are perfectly understandable reasons to do with the relative sizes of the two countries, which is why Irish independence was always both inevitable and desirable. But that is another matter.

One of the truly extraordinary features of the British political landscape today is that neither the Leave campaign, nor apparently the British government, knows what it wants to happen next.

But it is obvious what we in Ireland should want to happen next. England and Wales have voted to leave the European Union, and hence the single market.

The reality therefore is that, as things stand, the UK is headed out of the single market that it was always such a keen supporter of. And that would be bad for Ireland in a whole host of ways that are by now well understood.

Of course, the British may decide to reapply for Single Market membership, as part of the process of negotiation which now has to take place on the terms of their exit from the European Union. They are perfectly entitled to do so.

If they do reapply, they should be granted membership of the European Economic Area on the usual terms: Ireland, and Britain’s many other friends in the European Union, should insist on this, and indeed it would be in everyone’s best interests. But only the British can decide if this is what they want.

Given that labour mobility will be part of the deal, I would have thought that such a decision would require another referendum on both moral and political grounds.

I don’t view that as an insuperable obstacle, since I don’t see why such a referendum could not be won - especially since this may well be the key to avoiding a hard border with Scotland. And if the English don’t want to join the EEA, we need to know that too.

The rest of Europe should resist the temptation of a “fuite en avant”, attempting to move full speed ahead towards a fiscal and political union that nobody wants.

(Yes, that has implications for the survival of the euro, at least in the long run. But so what? The single currency was always a terrible idea.)

Far better to accept the reality of a multispeed Europe, which better reflects the diverse opinions of its many citizens.

If the United Kingdom, or England and Wales, were to become firmly embedded in the European Economic Area, while remaining outside the European Union, not only would economic disruption be kept to a minimum, and Ireland’s best interests be protected; this would be an important move towards a looser and more shock-resistant economic architecture for Europe as a whole.

And there would actually be a certain upside to that. Too much rigidity, and the entire European project risks implosion.

Kevin O’Rourke is Chichele Professor of Economic History at the University of Oxford, and Fellow of All Souls College. This post was written for irisheconomy.ie