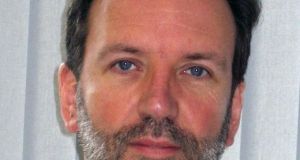 The Republic’s top EU civil servant has warned that the union’s fiscal and state aid rules will not be suspended indefinitely.

EU member states collectively halted the bloc’s Stability and Growth Pact obligations and its state aid rules in late March to allow billions of euro in extra spending to mitigate the economic shock caused by coronavirus.

John Berrigan, director-general in the commission’s unit for financial stability, financial services and capital markets union, said the unprecedented move was “justified” given the scale and generalised nature of the downturn.

However, he said “the understanding is that they [the rules] will come back”.

Mr Berrigan was speaking at an online seminar hosted by the Institute of International and European Affairs (IIEA) in Dublin on Wednesday.

Amid forecasts that the euro area economy will contract by as much as 7.5 per cent this year, Mr Berrigan said the Covid-19 crisis would leave “deep scars and irreparable damage” to Europe’s economy.

“Earlier hopes that we would simply spring back to where we were pre-crisis have faded,” he said.

On the high-profile row between southern and northern member states over debt mutualisation – the issuing of a joint coronabond, Mr Berrigan said there remain concerns that how the EU deals with this temporary crisis could bring about permanent changes to the functioning of the union.

He said the banks and the financial system, instead of being the cause of the problem, would be part of the solution this time around via the provision of liquidity for businesses.

EU finance ministers have agreed a €500 billion rescue package for European countries hit hard by the pandemic, including €200 billion in additional liquidity, a large tranche of which will come from European Investment Bank.

Mr Berrigan said the crisis presented an opportunity to pursue “a more economically sustainable model which takes climate science and digitalisation into account”.