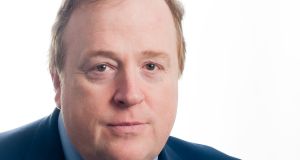 Sherry FitzGerald chairman Mark FitzGerald: “I’d say let’s prioritise the building . . . the retrofitting may have to wait. It would be ideal if we could do both but I’m not sure where we’d get the construction workers.” Photograph: Nick Bradshaw

The chairman of Ireland’s biggest estate agent believes that the next government should focus its housing strategy on building new homes, rather than on retrofitting existing stock to make them more energy-efficient.

In an interview on Inside Business, an Irish Times podcast, Mark FitzGerald, co founder of Sherry FitzGerald, said: “We have housing stock of about 1.75 million houses and the Green Party understandably . . . want to sees houses being retrofitted. Our difficulty is the skills shortage and a limited amount of workers [in construction]. We have a choice. Do we go and focus on retrofitting 500,000 existing houses or do we build 140,000 new, A-rated houses?

“I’d say let’s prioritise the building . . . the retrofitting may have to wait. I’m not sure the Greens will have the patience for that. It would be ideal if we could do both but I’m not sure where we’d get the construction workers.”

Mr FitzGerald, whose father Garret FitzGerald led Fine Gael for a decade and was twice elected as taoiseach in the 1980s, expects the Covid-19 pandemic will result in 10,000 fewer homes being built this year, with the total coming in at about 15,000 units compared to 21,500 last year.

Mr FitzGerald said the pandemic would lead to a “seismic” change in the way people want to live, with remote working becoming a much “bigger part of us”.

“People with high-responsibility jobs in Dublin will live in Cork, Limerick, Tullamore or wherever and will go to their office once a fortnight. We’re a country well set up for that, we have everything close at hand. I think it will bring a new dynamic to Ireland in the next few years.”

Mr FitzGerald predicted that it could be June or July before there will be a resumption of house viewings, “obviously with protocols put in place”.

In terms of the impact on house prices, he said: “This year they may slip back a bit and next year they will go back up a bit. So it will be even-steven.”