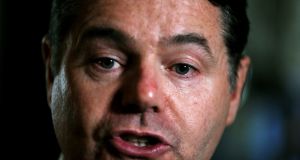 Paschal Donohoe: €6 per tonne hike in carbon tax is first step towards fulfilling Government’s pledge to raise price of carbon from €20 to €80 a tonne by 2030.

Minister for Finance Paschal Donohoe has announced a raft of measures in Budget 2020 to tackle climate change, including a €6 per tonne hike in carbon tax.

He said this was the first step towards fulfilling the Government’s pledge to increase the price of carbon from €20 to €80 a tonne by 2030.

“This [the €80 rate] would raise an additional €6 billion that could be invested in decarbonising the economy while also protecting the most vulnerable from the increases in living costs associated with the carbon tax,” he said.

The new €26 rate came into effect from midnight last night on auto fuels but its application to other fuels will be delayed until May 2020, after the winter heating season. It is expected to raise €90 million in 2020, which will be ringfenced to fund other climate action measures.

Part of the funds will be spent helping communities formerly involved in the extraction of peat in the Irish Midlands, as the Government tries to move away from reliance on fossil fuels.

The climate measures also included a new tax on vehicles’ nitrogen oxide (NOx) emissions to be applied to new car purchases and used imports from January 1st. It replaces the current 1 per cent diesel surcharge.

An extra €3 million was earmarked for electric vehicle (EV) infrastructure, while vehicle registration tax (VRT) relief for hybrid vehicles and the benefit-in-kind zero rate on electric vehicles were extended.

“While Brexit represents our most immediate economic risk, climate change is without doubt the defining challenge of our generation,” Mr Donohoe said.

“We need to prove that we can grow the economy while reducing our environmental impact.”

With the shadow of Brexit hanging over the economy and the Government’s Brexit package taking up the lion’s share of the additional budget day spend, Mr Donohoe announced only minimal changes to the personal tax code, with income tax, Universal Social Charge (USC) and tax bands kept unchanged.

He did, however, increase the earned income tax credit for self-employed people by €150 to €1,500 in keeping with the Government’s pledge to gradually equalise the tax treatment of self-employed. The new rate is still short of the €1,650 tax credit afforded to PAYE workers.

There was also a €100 increase in the tax credit for home carers, bringing the credit to€1,600.

The welfare changes were also minimal, but included a €5 increase in the living alone allowance, the additional payment for people on social welfare payments who are living alone, and an increase in qualified child payments by €3 for over-12s and €2 for under 12s.

In terms of the “old reliables”, the Minister slapped 50 extra cent on a packet of 20 cigarettes, bringing the cost of a packet of cigarettes to about €13.50, as well as a pro-rata increase on other tobacco products.

Mr Donohoe announced an increase of €1 billion in health funding for next year, bringing the total health budget for 2020 to €17.4 billion. This would help fund free GP care for all children under eight and free dental care for children under six from September. One million additional home care hours will also be provided in 2020.

As signalled in advance, Mr Donohoe also announced a 1.5 per cent hike in commercial stamp duty, bringing the current rate to 7.5 per cent, and new measures to clamp down on tax avoidance by property funds domiciled here.

There was also no change to the Government’s Help to Buy initiative for first-time buyers. Despite expectations that the €500,000 threshold would be lowered amid claims the scheme was benefiting couples who could already afford to buy, Mr Donohoe said it would be kept in its current form to offer “ certainty” for buyers .

1 Coronavirus: We must save lives but we also need to live
2 Avoca warns of redundancies due to coronavirus
3 Over 400 complaints from migrant workers at meat plants lodged with WRC
4 Grounded Aer Lingus pilots develop fix for turnaround glitches
5 Companies without tax clearance shut out of Covid wage subsidy
6 BT and Arnotts unlikely to be last retail victims of Covid-19
7 Taxi app Free Now blames ‘technical issues’ for driver payment delays
8 Ufurnish: ‘It’s like Skyscanner, but for furniture’
9 Moving in and out of lockdown is a recipe for economic disaster
10 Virgin Media vows to withhold sports channels until Eir ‘pays its bill’
Real news has value SUBSCRIBE