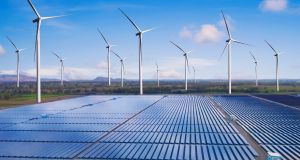 “Today’s energy revolution is green but will also lead to much cheaper electricity prices. In turn, that should boost productivity growth.”

All things considered, it would be easy to think that the future is bleak. Our tendency to use the recent past and present circumstances as the main basis for what tomorrow may hold is natural but often wrong. Most difficult of all in the forecasting game is to anticipate major turning points. As we think about renewed lockdowns in 2021 it’s hard, but by no means impossible, to argue for better times ahead.

My first job as a professional economist involved trying (not very successfully) to explain, to the UK government, the causes of the 1970s-1980s global productivity slowdown. Demography is often described as destiny but productivity probably deserves star billing – as Paul Krugman once said: “Productivity isn’t everything, but, in the long run it is almost everything.” Economic inequality – how we divide the cake – dominates debate but it is the size of the cake itself that is similarly, if not more, important. And that’s down to productivity.

The mysteries of productivity have continued to baffle researchers. That decades-old slowdown never truly reversed itself. Why has productivity, with the odd burst of growth, more often disappointed?

Technological progress is all around us but doesn’t seem to have much affected living standards – not as conventionally measured at least. Robert Solow, another economics Nobel prize winner, once quipped that “‘computers are everywhere but in the productivity numbers”. Peter Thiel, founder of PayPal, famously complained: “We were promised flying cars but all we got was social media.” Not for the first time in history we saw musings about the possibility that we had invented all things that could be invented.

Thiel was espousing a version of technological pessimism. Driven in part by yet another slowdown in the productivity numbers earlier this century, some analysts began to speculate about an age of secular stagnation. We stopped going to the moon and supersonic travel became the exclusive preserve of the military. The internet and explosive growth in computing power (and its falling cost) were supposed to have delivered transformative effects similar to the invention of electricity and the steam engine. But they didn’t. With notable exceptions – Ireland is one – growth has disappointed in many major economies.

Plenty of economists became pessimistic. All sorts of reasons have been put forward why living standards in many counties have not grown as much as before. Many of us think that populism has economic roots. It’s now commonplace, for example, for Americans to believe that children are no longer guaranteed to be better off than their parents.

One possible reason why technology has not delivered is time: the benefits of electricity took quite a while before they showed up in incomes and jobs.

When Chinese researchers passed on the genetic code of the coronavirus, their counterparts in the United States took two days to develop the vaccine. Yes, we’ve had a vaccine since February.

That might look quick but it was the culmination of many years of patient work. The underlying technology was, in its early days, greeted with considerable scepticism. Today, some scientists think we don’t just have a vaccine against just Covid-19 but one that could be adapted for many other viruses. Whisper it quietly but it’s possible that we may now have the basis for cancer vaccines. All that past medical research is combining with rapid advances in artificial intelligence to produce plenty of breakthrough moments.

There really is a green revolution going on: it’s now more cost effective in many parts of the world to produce electricity from non-carbon sources. Smith argues, plausibly, that the productivity slowdown that I researched all those years ago was caused by a rapid escalation in oil prices. Today’s energy revolution is green but will also lead to much cheaper electricity prices. In turn, that should boost productivity growth.

Another Nobel prize winner, William Nordhaus, did a much better job than me in explaining the productivity slowdown. He predates Smith in pointing the finger of blame at higher energy prices in the 1970s. According to Bloomberg, the cost of solar energy has fallen by 89 per cent over the past decade – and continues to drop. Smith observes that advances in solid-state lithium-ion batteries and next-generation solar cells herald further falls in energy costs. The productivity revolution unleashed by the original discovery of cheap oil could now have an echo with the advent of abundant, cheap, green energy.

The Economist notes that most inventions can be slow to boost economies. They might even slow things down during their earliest phases of adoption: a J-curve productivity narrative. It’s possible that the pandemic has given innovation the kick it needed to move us to the sharp upward sloping part of that curve.

The boost to distance education and telemedicine delivered by the pandemic could help drive a period of growth in services trade, and the achievement of economies of scale in sectors that have long proved resistant to productivity-boosting measures – the raw materials for a new productivity boom appear to be falling into place, in a way not seen for at least two decades. This year’s darkness may in fact mean that dawn is just over the horizon.