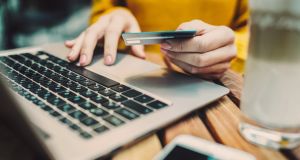 I am one of the lucky ones. During the pandemic, almost all of my regular employment activities moved smoothly and seamlessly online. Column writing involved the least change, for obvious reasons. Constructing pieces about finance and political economy mostly involves interacting with data and other peoples’ writing. The solitary life of the columnist is well suited to staring at screens for a living.

To my surprise, sitting on boards and committees has been equally easy. The only regular activity that has disappeared is public speaking. Conferences have all but vanished. Ordinary meetings still take too long, but have become shorter over Zoom and Microsoft Teams. Chairing some of those meetings requires a new set of skills, some of them quite subtle.

Many people find it too easy to deploy direct speech, though not quite as direct as when sending emails or texts in a fit of pique. The 24 hour rule is a good one: avoid electronic communication when stressed or angry, all the recipient will see is the anger directed at them. Similarly, with online meetings, a mysterious dynamic emerges that changes the nuances of communication. All that non-verbal stuff mostly disappears. That means things can go pear-shaped very quickly.

It’s much easier to be rude, albeit inadvertently, to a slightly fuzzy image than to a warm body. There is a reason why those to be executed at dawn are blindfolded: apparently, it’s easier to shoot someone if you can’t see their eyes. While Zoom meetings are rarely this confrontational, participants need to be mindful of new and evolving rules.

That said, a new online world is opening up with interesting possibilities for creativity and growth. Of both the personal and economic kind.

Working from home has obvious implications for commuting and office space. But it may also surprise via a burst of creativity. At the very least, we might put the time previously spent sitting in traffic or delayed trains to much better use.

The internet was always supposed to facilitate productivity but somehow failed to do so, at least in the aggregate. Pre-pandemic, the biggest macro talking point for years has been puzzlingly low productivity growth in most major economies. Perhaps necessity will now be the inventor, or catalyst, for all that technological growth.

Before the health crisis there was much discussion about rural broadband. The need for that in particular, and access to technology in general, is growing. If we are all to contribute – and benefit from – the new online world, it is stating the obvious to assert that everyone should have good digital access. I can now tell where my colleagues live: I rank them according to the quality of their video links.

Digital equality was always important; I suspect it has become vital. The coalition, like previous governments, says nice things about this but it needs, in a broad sense, to be moved up the priority list, because it’s not just about broadband.

Access to doctors – GPs in the first instance – is a small but obvious example. Phoning up for face-to-face appointments that involve sitting in waiting rooms, often for delayed consultations, is rapidly becoming an anachronism, at least in some countries. Routine and non-complex cases can now be dealt with online. Much more efficiently, much more productively.

To avail of these services requires access to, and knowledge of, the requisite technology. For the poor and the old, at least, this means government must take the initiative to ensure everyone has both the necessary hardware and skills.

The pandemic has accelerated the move to a cashless economy. Again, the poor, the old and the technologically disadvantaged are vulnerable. They are often unbanked and/or prefer cash.

Consideration should be given to all social welfare and state pension payments being made via accounts held directly with the central bank. This might sound radical but it really isn’t. Banks don’t want those kind of customers because they can’t make money from them.

Banks only exist to provide a layer of intermediation between the ordinary punter and the central bank. Technology should do for retail banking what it has done for travel agents. Bookings, even in the coronavirus era, are now made directly with airlines and hotels. The simple transactions don’t need banks or travel agents: technology cuts out the middleman.

Complex stuff will still require specialised banks. But just wait for accelerated branch closures as banks force more transactions online – transactions easily transferable to a central bank. If everyone has an account at the central bank for all the simple stuff we won’t need quite so many banks.

Which fits in nicely with another new trend, the world of zero interest rates. Ordinary banks find it next to impossible to make decent profits in such a world. There is trouble ahead for these kinds of institutions. The payments system should probably be nationalised, handed over to the central bank, as making money from it is very hard.

If everyone gets a central bank account then another type of inequality is eliminated. The world is changing fast, faster than usual. One of the most economically important things we can do is to make sure everyone has digital access and, crucially, the knowledge necessary to use it. Because it won’t be just about new ways of seeing the doctor or going to the bank.