Unemployment rate drops to 16.7% in July

Latest figures suggest as many as 386,900 are still unemployed 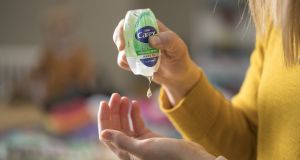 Unemployment figures remain a “stark reminder” of how reliant the economy is on the public health situation. Photograph: Jason Alden/Bloomberg

The State’s jobless rate dropped to 16.7 per cent in July, down from 23.1 per cent the previous month and down from a pandemic peak of 28.3 per cent in April.

The latest figures from the Central Statistics Office (CSO) are an estimate based on the Live Register and Covid-19-related claims. They indicate that as many as 386,935 people were unemployed last month.

The total includes those claiming the Government’s temporary Pandemic Unemployment Payment (PUP), but it is hoped that many of these people will return to work once the economic restrictions to curb the virus are fully lifted.

The total, however, does not include the 390,000 employees on the Government’s Wage Subsidy Scheme, who are having their wages subsidised by the State.

“The Covid-19 crisis has continued to have a significant impact on the labour market in Ireland in July 2020,” the CSO said.

It said while the standard measure of monthly unemployment was 5 per cent in July, a new Covid-19-adjusted measure of unemployment could indicate a rate as high as 16.7 per cent if all claimants of the PUP were classified as unemployed.

The CSO said the adjusted measure points to a youth rate of unemployment of 41.2 per cent.

The Government’s two wage support schemes were originally set up as short-term emergency supports but they have been extended several times. The PUP is expected to continue into 2021, while the Temporary Wage Subsidy Scheme will be replaced by the Employment Wage Subsidy Scheme from September.

Jack Kennedy, an economist with recruitment site Indeed, said: “Today’s figures bring some positive news as the adjusted unemployment rate fell again in July, indicating that many people are getting back to work.

“Although we can see that things are slowly getting better, the partial delay of phase four plans is a stark reminder of just how reliant the economy is on the public health situation.

“ Although much of the economy has reopened successfully, the threat of reclosure looms for many who are just now getting back on their feet.”

Mr Kennedy said the success of the Government’s July stimulus plan would be important for retaining existing jobs and creating new ones. “As well as job-creation, reskilling for those in badly-hit sectors such as travel and tourism will be vital to help the workforce transition to new roles.”