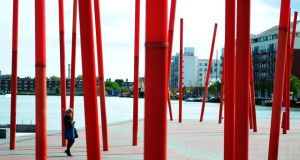 British outsourcing firm Capita plans to double the amount of people it employs in Ireland to 1,600.

The firm, which runs IT and administrative services for other companies and the public sector and employs over 50,000 people, said today that it would add the 800 new jobs in its new office in Dublin over the next three years.

“This announcement highlights the progress that is being made in restoring confidence and attracting investment and jobs into Ireland,” Irish Finance Minister Michael Noonan said in a statement announcing the investment.

“This is a significant investment for Capita and underlines our confidence in Ireland as a place to do business.” Robbie Hughes, Capita’s country manager said:

“We have grown consistently in Ireland in recent years and, as stability is restored to Ireland’s financial position and its international reputation, we believe there is opportunity for continued business growth, on both a domestic and international front,” he said.

“ The new office allows us to consolidate a number of business units in one location, as well as providing room for future growth,” he added.