London Briefing: Key indicator is strong for an economy slowing on most other measures 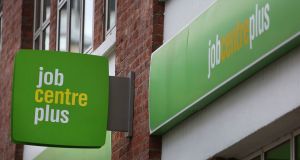 Employment is a lagging indicator of economic wellbeing but there are some good reasons the labour market is proving so resilient to Britain’s wider Brexit woes. Photograph: Philip Toscano/PA

More people are in work than ever before and wages are at last rising in real terms. Somehow, the message that the British economy is mired in a swamp of Brexit gloom and doom has not yet reached the jobs market.

In another gravity-defying performance, the latest data released on Tuesday shows unemployment at its lowest level in more than 44 years as the jobless rate unexpectedly dropped to 3.9 per cent, a figure last seen when Harold Wilson was prime minister. It’s also well below the EU average of 6.5 per cent.

British chancellor of the exchequer Philip Hammond took a brief break from the Brexit wrangling in Westminster to tweet his satisfaction with the figures, crowing that the jobs market “continues to break records” .

He highlighted female unemployment at a record low of 3.8 per cent and the new “historic high” for overall employment, which grew by 220,000 in the three months to January.

This was almost double economists’ expectations and took the number of those in work to 32.71 million. The employment rate, at 76.1 per cent, is the highest since records began in 1971. And, after their lost decade following the financial crisis, wages are continuing to grow too, rising faster than inflation for the 10th consecutive month.

According to figures from the Office for National Statistics, Britain’s employers are taking on workers at the fastest rate seen in three years, defying the Brexit slowdown that is already clearly taking its toll on the nation’s economic growth.

Are the figures too good to be true? They are certainly astonishingly strong for an economy that is slowing on most other measures.

Employment is a lagging indicator, of course, but there are some good reasons the labour market is proving so resilient to Britain’s wider Brexit woes, notably the the move by businesses to put investment decisions on hold until there is some clarity over the method of Britain’s exit from the European Union.

Instead of ploughing money into investment projects to increase capacity, employers are meeting the demand for their goods and services by taking on additional workers. After all, when things go bad, it’s far easier to fire those you’ve recently hired than it is to reverse a multimillion pound spend on technology or plant and machinery.

It’s a strategy that works well in the short term, but one that will eventually take its toll on Britain’s already weak productivity record.

Another reason the jobs market is holding up so well is that workers are understandably cautious about changing jobs at the moment as they watch the Brexit farce unfold in Westminster. And some employers are likely to be snapping up extra workers “just in case” amid fears of a skills shortage as numbers arriving from the EU continue to decline.

The employment numbers come ahead of the Bank of England’s decision on interest rates on Thursday. There’s zero chance the bank will move on rates at this stage in the Brexit process but, if earnings continue to rise as they have, we could just see an upward move later in the year. Depending on what happens with Brexit, of course.

The multibillion pound merger between Sainsbury’s and Asda looks dead in the water, given the competition authority’s recent damning report into its potential impact on customers.

But Britain’s second and third largest supermarket chains are continuing to press for the deal to be given the go ahead, promising £1 billion of savings for shoppers if they are allowed to merge.

This would represent reductions of about 10 per cent on everyday items, a figure that was greeted with some scepticism when it was first rolled out by Sainsbury along with the merger announcement.

Now the two groups have pledged they will publish an annual breakdown of the price cuts – and have the figures verified by an independent body. They also promised to put a cap on profits made by their extensive chain of petrol stations – another concern raised by the competition watchdog.

Given the strength of its opposition to the deal, which would see the combined group leapfrog Tesco to become Britain’s biggest supermarket chain, the Competition and Markets Authority is unlikely to be swayed by these new promises.

Neither is it likely to be impressed with the Sainsbury’s and Asda bosses reiteration of their fierce criticism of the authority’s initial findings, which they said contained “significant errors”.

A final decision on the deal will be made at the end of April. If it hasn’t already started, Sainsbury’s would be well advised to get working on a Plan B before then.