Country experiencing sharp drop in exports and decline in production 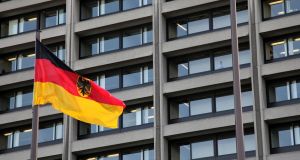 The Bundesbank said in its monthly update that it expected Germany’s economy to remain “lacklustre” in the three months to September.

Germany’s central bank has warned that Europe’s largest economy is likely to tip into recession in the third quarter, dragged down by a sharp drop in German exports and a decline in industrial production.

The warning adds to the gloomy signals about the German economy, which has gone from being the powerhouse of the region to one of its laggards, weighed down by a combination of turmoil in Germany’s carmaking industry, the escalating US-China trade war and the prospect of a chaotic UK exit from the EU.

In the second quarter, a slowdown in foreign trade and a decline in industrial production were partly offset by growth in household and government spending. But the Bundesbank warned that it was not sure how long this could continue.

“Future developments will hinge on how long the present economic dichotomy lasts and which direction it takes once it dissolves,” it said. “As things currently stand, it is unclear whether exports and, by extension, industry will regain their footing before the domestic economy becomes more severely affected.”

Recent data have indicated that the economic weakness is continuing into the second half of this year. Last week the Zew survey of financial market experts revealed that economic sentiment dropped to minus 44.1 in August, its lowest since the eurozone financial crisis in 2011 and much gloomier than analysts had expected.

On Monday Deutsche Bank cut its forecast for the German economy to grow by only 0.3 per cent this year and 0.7 per cent next year, predicting it was already “in a technical recession” - which is defined as two consecutive quarters of negative growth.

“We acknowledge these reductions do not properly heed the accumulation of risks we have been facing over the last few quarters,” said Stefan Schneider, chief economist at Deutsche Bank.

“Given the increasingly fragile state of the global economy, the realisation of one or more risks could easily push the economy into a completely different scenario, where growth revisions of a few tenths of a percentage point will not be sufficient.”

The Bundesbank said that the slowdown in the economy in the past year has started to have an effect on the labour market, adding that employment growth had been “considerably slower” in the second quarter and wage growth had been “noticeably smaller”.

Many economists fear that Germany, which narrowly escaped a technical recession last year, faces the threat of a prolonged contraction as weakness in its manufacturing sector seeps into its previously buoyant services and consumer spending.

In recent weeks, Germany’s decade-long pledge to maintain a budget surplus has faced growing criticism from economists, business groups, opposition leaders and even from individual members of the government coalition.

The ECB is set to cut interest rates further into negative territory next month but its president Mario Draghi has repeatedly insisted that euro zone governments should not rely on monetary policy alone to save the bloc’s economy.