Brexit’s impact on investment will be dramatic, unpredictable

The phoney war is over and there will be big shifts into and out of Ireland, says Cliff Taylor 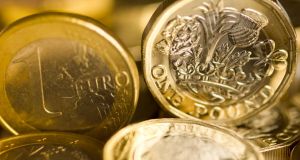 Ireland’s victories or defeats in the race to win banks and insurers fleeing London in search of bases in the European Union has been almost the sole focus of debate in many quarters.

And the outcome of such battles will be important. However, the reality will be much more complicated, even though planning with any certainty is near-impossible for businesses.

Some of the investment moves of all shapes and sizes that have – and are – occurring since last year’s result are directly related to Brexit, while others will be influenced by it.

However, any responsible board of directors – from a big US financial institution in the City of London to a medium-sized agri-food company in Ireland – will be doing what they can to “Brexit-proof” their businesses.

With Britain due to leave the EU in 21 months, the clock is ticking. Big financial players moving out of London have to give their plans to the Bank of England by July 14th, now just weeks away.

Equally, those seeking comfort outside London will know that seeking regulatory clearance in a new European Union base – be it Dublin, Luxembourg, Brussels or elsewhere – could easily take a year.

For manufacturing businesses – be they Irish firms looking to move into the UK or international players looking here – building a new plant or seeking an acquisition takes time.

“There was a bit of a phoney war up to December last year, when companies tried to assess what was actually going to happen,” says Feargal O’Rourke, managing partner of consultants PWC.

Some plans were put in hibernation because of the UK elections, while some of those plans may now stay in abeyance as firms try to judge the longer-term implications of the election result.

Planning had accelerated rapidly in recent months before the election as fears and expectations grew that the Conservatives were intent on the hardest of hard Brexits, including the possibility of no deal at all.

Is a softening likely?

The Conservatives’ loss of a majority in the House of Commons has, however, added yet another layer of uncertainty into an already woefully confused picture.

Sensing an opportunity, some UK business leaders are now calling for a softer Brexit deal, perhaps even one including continued membership of the single market and customs union.

This has garnered some political support. But the “ Brexit means Brexit” lobby remains, too. How this plays out is vital for investment decisions. However, with Brexit approaching fast, companies simply cannot afford to wait.

For Ireland Inc, the net impact of all this is impossible to judge. The arrival of major financial firms for Ireland will be a positive, even if competition from Luxembourg, Brussels and Frankfurt is tough.

Insurer Standard Life and Barclays Bank are both to expand existing Irish operations, while Bank of America Merrill Lynch has indicated that it is looking to expand its Dublin operation.

Fund managers – an area where Ireland is traditionally strong – are looking, too. JP Morgan is expanding here, but much of this is down to a growing Irish operation rather the result of Brexit-induced grafts.

Dublin will get its share, but behind the scenes there are some tensions that other centres appear to be prepared to offer more regulatory “ flexibility”, a key issue for banks and insurers.

However, the Central Bank insists that it is engaging openly with a whole range of banks and insurers wanting to locate here. And the IDA is confident of more announcements to come.

In all this, there are sensitivities. Ireland will not want to be seen to be pinching jobs from London, but it will still want to compete. Equally, the memory of Ireland’s own regulatory failures has not faded.

There will be sensitivities, too in the other direction. Major Irish firms will have to establish, or grow, British bases after Brexit in order to be able to serve customers there.

Currently, many of them are examining UK acquisitions. Some of these will be presented as expansions. Some are, but others will create jobs in the UK that would otherwise have stayed in Ireland.

Meanwhile, the Irish food industry could face tariffs exporting to the UK after Brexit, but also fierce competition from South American suppliers if the UK signs new trade deals.

Ireland’s cheddar industry, for example, is already considering its options, partly by making other cheeses or by selling to places that it currently does not reach.

Brexit may help the IDA in its pitch to foreign investors, since the UK may no longer offer full EU market access. But there will be fresh competition, too, as Northern Ireland and Britain cut corporation tax rates.

In a signal that this threat could be significant, it is noteworthy that a number of multinationals that have Irish-based European headquarters are quietly moving parts of their operations to the UK.

Faced with such complexities, firm business planning is impossible. Instead, businesses must try to be ready for any eventuality. Change brings opportunities and threats. Brexit promises dramatic change, quickly.