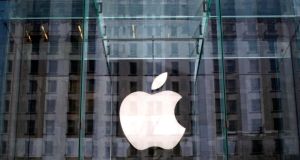 New documents certain to reignite anger in Ireland and in the United States over the way large multinationals are able to manage their tax affairs. Photograph: Reuters

Detailed figures have emerged to illustrate how Apple has managed to pay almost no corporation tax for years on billions of dollars of revenue earned in other countries, using unlimited Irish entities.

According to accounts obtained by The Irish Times for one of those unlimited companies, Apple Sales International (ASI), the consumer electronics giant cut its Irish tax bill by more than $850 million between 2004 and 2008, using an unexplained “lower rate”.

ASI provides “sales and marketing services” to Apple subsidiaries around the world that sell iPods and iPads. Between 2004 and 2008, it reported profits before tax totalling $7.11 billion on sales of more than $29 billion.

The accounts for those years state the corporation tax that would be due using Ireland’s 12.5 per cent rate – $890 million over the five years. But they also show how much corporation tax ASI actually paid to Irish authorities – just $36 million.

The difference between the two figures is explained each year by saying some profits were taxed at “lower rates” than Ireland’s headline 12.5 per cent corporate tax rate. The accounts do not explain by whom or how this rate was decided, or in what jurisdiction the lower tax was paid.

“The current tax charge is lower than the standard rate in Ireland, ” the accounts say.

There is no suggestion that Apple’s accounting was in any way illegal.

However, it is certain to reignite anger here and in the United States over the way large multinationals are able to manage their tax affairs.


Mystery tax rate
The figures have emerged only now from forgotten filings in Australia.

ASI is unlimited in Ireland, so does not need to file annual accounts. However, between 2000 and 2009, ASI was obliged to file its Irish accounts with authorities in Australia.

The Irish Times has obtained ASI’s accounts for most of these years.

An analysis of ASI’s figures by the Australian Financial Review this week estimated Apple shifted almost nine billion Australian dollars (€6 billion) of its profits earned in that country to Ireland.

Last year, Apple was criticised by a US senate panel for avoiding billions of dollars in taxes by moving profits through Irish subsidiaries.

Apple executives admitted in those Washington hearings that the company paid a top tax rate of 2 per cent on $74 billion of sales outside North America over the previous three years, largely through its use of tax structures in Ireland.

Apple told the senate committee hearing into its tax affairs that it had a special tax deal as part of its decision to set up an Irish operation in 1980.

This was later denied by the Government.

It also emerged at the US hearing that some of Apple’s Irish entities were avoiding corporation tax because they are “stateless” – not tax resident in any jurisdiction owing to a loophole in Irish tax law.


Stateless for tax
However, the first mention by ASI that the company is stateless for tax purposes doesn’t appear in its accounts until 2009, the final year for which figures were obtained by The Irish Times . Apple declined to comment last night.

The Department of Finance also declined to comment, but pointed out Minister for Finance Michael Noonan closed the “stateless” loophole in the October budget.