Representative group broadly in favour of a new pay agreement 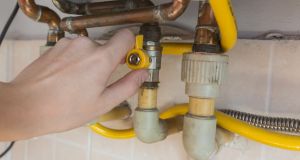 A new agreement would set minimum rates for pay, sick pay and pensions for plumbers, pipefitters and welders. Photograph: iStock

Construction firms have expressed support for a new pay agreement for mechanical craftworkers and apprentices, but say they’re strongly opposed to introducing travel allowances as part of any new deal.

The Mechanical Engineering and Building Services Contractors Association, (MEBSCA) which is affiliated to the Construction Industry Federation, has notified the Labour Court that it backs calls by two trade unions for a new Sectoral Employment Order (SEO) to set minimum rates for pay, sick pay and pensions for plumbers, pipefitters and welders.

However, MEBSCA, which represents 50 building contracting firms employing around 3,230 workers, said any attempt to introduce a travel allowance could prove unsustainable for many employers.

The request for a new SEO for mechanical craftworkers was made earlier this summer by Connect and Unite, with both unions asking the Labour Court to make recommendations on travel allowances.

However, MEBSCA said claims by the unions for an additional hour’s travel allowance earlier this year would represent a 12.8 per cent pay increase if conceded.

“To recommend a further increase in labour costs in the form of travel would put mechanical companies significantly out of line with others in the industry,” it observed.

MEBSCA said the introduction of an SEO in March 2018 had provided certainty on labour costs when tendering for projects, as well as providing mechanical workers with a fair rate of pay.

The association said it had been a normal and desirable practice to have terms and conditions set for pay in the sector which had been covered by a Registered Employment Agreement (REA) until they were discontinued following a Supreme Court ruling in 2013.

MEBSCA said the gap between the striking down of REAs in 2013 and the first SEO in 2018 had allowed overseas contractors operating from a lower cost base to enjoy a competitive advantage over Irish mechanical contractors.

While REAs provided for travel allowances for workers in the major urban centres of Dublin, Cork, Limerick, Waterford and Galway, MEBSCA said agreement was reached in the midst of a very severe recession in 2011 to incorporate a travel allowance into the hourly rate of pay.

“To include travel allowances in the SEO would place an undue financial burden, and in many cases an unsustainable burden, on contractors located outside the urban areas where travel was never paid in the past,” said MEBSCA.

It warned that including an allowance in a new SEO for mechanical workers would lead to knock-on claims across the construction sector and industrial unrest.

MEBSCA said it was also the current practice among other contracting firms not affiliated to it to pay approximately €182 to workers per week as a tax-free subsistence allowance for working on sites over 20 miles from the contractor’s base.

Meanwhile, the Association of Plumbing and Heating Contractors Ireland (APHCI), which represents smaller contractors, said SEOs had a lot of shortcomings with wage levels being set by major players in the industry.

The APHCI said they failed to reflect the ability of smaller contractors, many in rural areas, to pay such rates.

It warned that many small/medium contractors would be forced out of business and replaced by one-man operators and people working in the black economy if the current system was not reviewed.

1 Chris Johns: Boohoo exposed on pay and conditions in digital economy
2 Hotel bookings collapse in wake of additional Covid restrictions
3 Michael O’Leary is the boss you want to lead an airline out of crisis
4 In this strangest of recessions, what happens next for Ireland?
5 FBD changes wording of insurance policies as fight over virus payouts plays out
6 Should I switch bank now with Ulster Bank at risk of closing?
7 Estée Lauder staff at Dublin airport plan further strike action
8 Bank of Ireland sees about 2,000 staff apply for voluntary redundancy
9 Best Covid-19 ‘influencers’ will avoid hectoring
10 Stoneweg to develop 397-unit co-living scheme on Cork St
Real news has value SUBSCRIBE