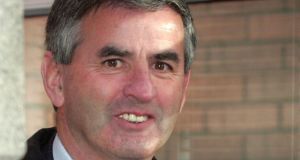 A British builder linked to former developer John Fleming expects profits to grow this year after earning a surplus of more than £1 million (€1.14 million) in 2017.

Donban Contracting UK Ltd earned profits of £1.05 million in the 12 months to February 28th 2017, a fall of almost one-third on the £1.58 million surplus that it generated during the previous year.

Director Christopher Hayes says in a report accompanying accounts for the company just filed in the UK that “based on current activity, turnover and profitability will increase in 2018”.

Donban has worked on a number of high-profile contracts, including building apartments in Wandsworth, London, using a construction system developed by another Fleming-linked company, Vision Modular Systems.

A number of years ago it won a £50 million deal to convert the former offices of the Port of London on Trinity Square into a hotel.

Mr Fleming was a director of Donban Contracting UK until 2010 and did some consulting work for the business. He is now a director and shareholder of another London-based contractor, Tide Construction.

His Bandon, Co Cork-based building and property development empire was one of the first victims of the crash that sent the Republic spiralling into recession 10 years ago.

Banks placed the group, known as Tivway, in receivership with debts of about €1 billion following failed efforts to engineer a rescue plan for the business through a High Court-supervised examinership.

He subsequently moved to the UK, where he was declared bankrupt in 2010 and discharged a year later. Mr Fleming handed over his assets to creditors as part of the bankruptcy settlement.

Turnover at Donban Contracting UK fell 9 per cent to £23 million in the year to end-February 2017.

Assets were £9.4 million, an increase of more than 12 per cent on the £8.4 million recorded a year earlier.