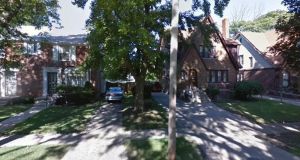 A house on Prevost Street in Detroit – one of the properties bought by the family in Michigan. 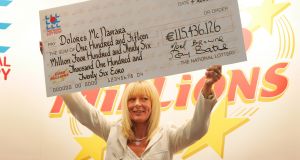 Dolores McNamara after she won €115 million in the Euromillions lottery in 2005. Her family bought more than 100 houses in rundown parts of Detroit, Michigan, of which 40 have been seized for non-payment of property tax. Photograph: Frank Miller

The family of Euromillions lotto winner Dolores McNamara and the Eddie Hobbs-backed property fund Brendan Investments have until February 2nd  to reverse the planned forfeiture by local authorities in Detroit of scores of their houses in rundown parts of the city.

The McNamaras and Brendan Investments invested separately in the Detroit abandoned homes market between 2012 and 2014.

The family, who bought more than 100 units for $5 million, and the fund, which bought an estimated 500 units, have both lost heavily on their respective forays. They have had scores of houses recently listed for forfeiture to the authorities for non-payment of property taxes, and sold others at a loss.

Records at Wayne County treasury in Michigan show that 40 homes were listed for forfeiture    from the McNamaras. Detroit homes are forfeited if owners don’t pay their property taxes for three years. At least 200 were listed from Brendan Investments.

The McNamaras appear to have since paid the taxes on the majority of the houses ahead of a February deadline for action, after which the process would have accelerated.

In several cases, the family appears to have purchased large numbers of houses on the same street. Many were later put up for sale at heavy losses.

Ms McNamara, who won €115 million in 2005, entered the Detroit market after being introduced by Mr Hobbs to Vincent Regan and Hugh O’Neill, directors of Brendan Investments who co-founded it with him 10 years ago.

Mr Hobbs does not advise on property transactions, and is no longer a director of Brendan Investments. He retains a 4.5 per cent stake in the fund, however, which raised €13 million from Irish investors but is facing losses of 90 per cent.