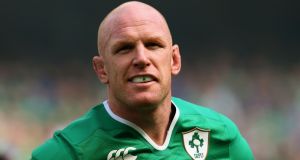 New accounts show that the fortunes of O’Connell’s Nellcon Ltd continue to flourish after the Limerick man’s retirement from the professional game in 2016.

The drop in profit for the year is partly explained by pay to directors more than doubling to €165,181.

The 40-year old retired from the game in 2016 after sustaining a severe hamstring injury in the 2015 World Cup game against France.

The strong profits of the past two years compare very favourably with profits for the firm when O’Connell was still playing professional rugby.

O’Connell was a talisman for Munster and Ireland for over a decade and won his 100th cap against Wales in March 2015 before winning a further eight caps to bring his total to 108 caps.

His retirement in February 2016 sparked tributes to the man from rugby greats across the world.

O’Connell established Nellcon Ltd in 2005 and the figures show that its net assets were valued at €2.156 million at the end of April last.